Three things to watch for in Georgia vs. North Carolina

Three things to watch for in Georgia vs. North Carolina 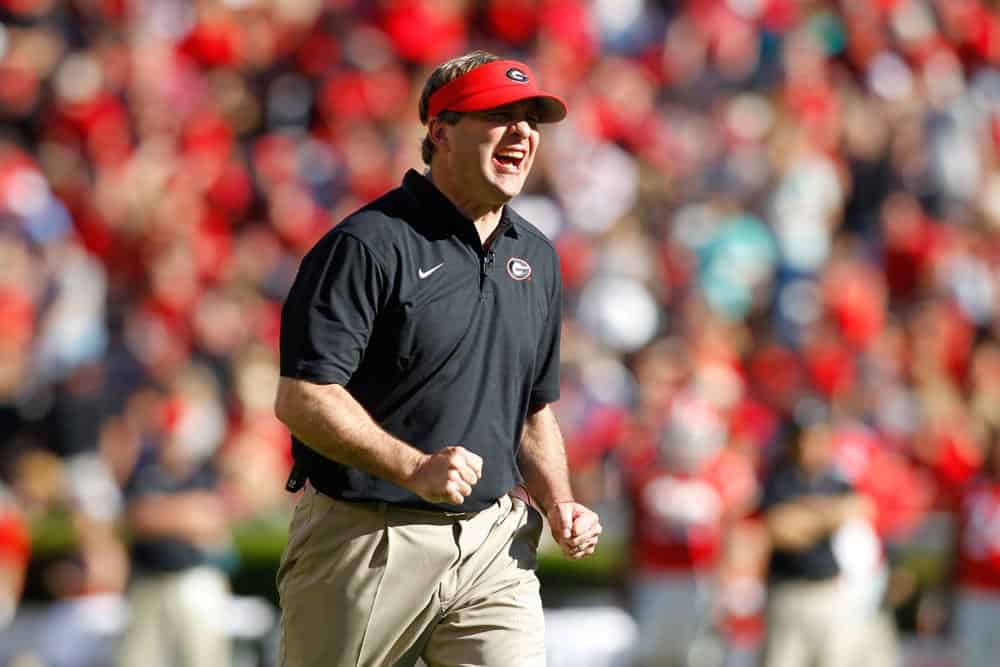 WHO: Georgia vs. North Carolina

ATLANTA – The football season has finally arrived, and the Kirby Smart era is set to begin to the Bulldogs.

As they’re slated to face a formidable opponent in North Carolina, here are five things to watch as the Bulldogs open the season in a marquee matchup.

Nick Chubb is cleared to go for the season opener, but the same cannot be said for the second part of the talented running back duo, Sony Michel. The junior running back has been limited in practice ever since sustaining an open arm fracture in an ATV accident on July 3.

Michel has been in a non-contact jersey throughout preseason camp, and Georgia’s Smart says the program in exhausting all efforts to get him into playing shape, however that a game-time decision could be the case.

Michel was given a full-time duty in 2015 after Chubb sustained a gruesome knee injury, so an absence from the offensive attack could be detrimental to the Bulldogs success in the opener.

Rushing for 1,136 yards last season, Georgia needs his production. If the dependable back plays for Georgia, they could have a leg up, but if not the Bulldogs could be in a bit of trouble in terms of depth.

Will Elijah Hood be contained?

The Tar Heels will come into Atlanta with junior running back Elijah Hood as the backbone of their team. In 2015. he rushed for 1,463 yards and 17 touchdowns. So needless to say, he is destined to cause issues to opposing defenses, and it will definitely hold true against Georgia.

The Bulldogs have an inexperienced defensive line as aside from junior John Atkins, Georgia will only rotate freshmen and sophomores. In order for Georgia to have success, Hood must be contained, and if he is able to have a field day, then the Bulldogs could have trouble squeezing out a victory.

The Bulldog fans in the Georgia Dome will go crazy when Eason takes the field, and that’s almost certain. However, the question remains when he will make his first appearance.

Georgia announced on Thursday that they plan to start senior Greyson Lambert behind center, but it is assumed that Eason will play.

In pregame warmups, Eason was seen getting reps at holder, with William Ham as the field goal kicker.

While he’s the fan favorite, Smart’s staff will make the best decision in terms of who to play at quarterback, based on the given situation. The Bulldogs may stick to their gameplan, but Eason should see time. Therefore, he could serve as either the cornerstone of a Georgia victory, a non-factor or the culprit of defeat.