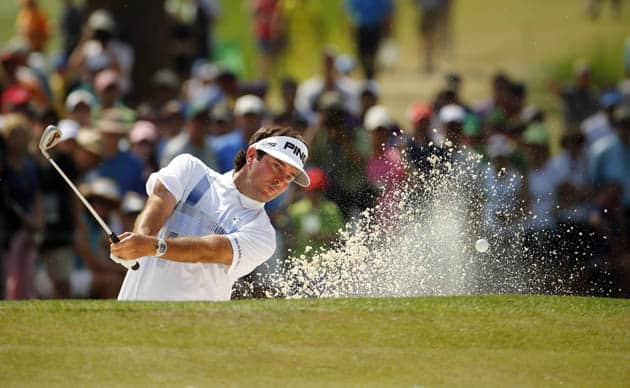 Bubba Watson celebrated his Masters win at Waffle House, just like a true southerner and a Georgia Bulldog!

How does he eat his hash browns? Covered.

Watson staked his claim to his second Green Jacket and a prize purse of $1.62 million after shooting a final-round 3-under par 69 to finish 8-under. He held off his playing partner, Justin Spieth, and Jonas Blixt, who each finished three shots back at 5-under.