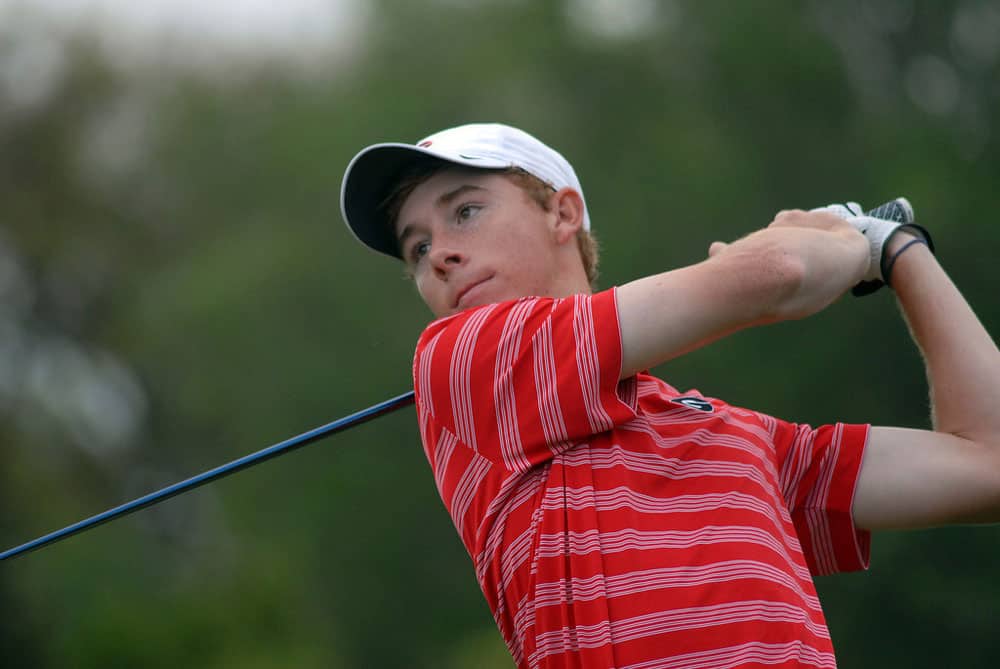 ATHENS, Ga. – Georgia golfer Lee McCoy has been chosen as one of five finalists for the 2015 Division I Jack Nicklaus National Player of the Year Award presented by Barbasol, the Golf Coaches Association of America announced Thursday.

The award will be presented by Jack Nicklaus at a ceremony during the final round of the Memorial Tournament presented by Nationwide Insurance at Muirfield Village Golf Club on June 7. Nicklaus, former NCAA champion at Ohio State, helped inspire and create the Jack Nicklaus Awards in 1988.

A junior from Clarkesville, Ga., McCoy won three consecutive tournaments earlier this year, becoming the first Georgia player to accomplish that feat. He has four wins overall this season, tying the school record set by Chris Kirk in 2006-07 and matched by Russell Henley in 2009-10. McCoy has eight top 10 finishes and placed no worse than 17th in 11 events.

McCoy was named First-Team All-SEC this season for the first time in his career, and he was also named to the United States Palmer Cup Team that will compete June 12-14 in Illinois and he was one of the 10 semifinalists for the Ben Hogan Award. His stroke average is 69.66.

McCoy and the Bulldogs will begin their quest for the program’s third national title on Friday in the NCAA Championships at Concession Golf Club in Bradenton, Fla. Georgia will tee off Friday in 10-minute increments between 8:10 and 8:50 a.m. and on Saturday between 1:30 and 2:10 p.m. The Bulldogs will be paired with UNLV and Houston in the first two rounds.