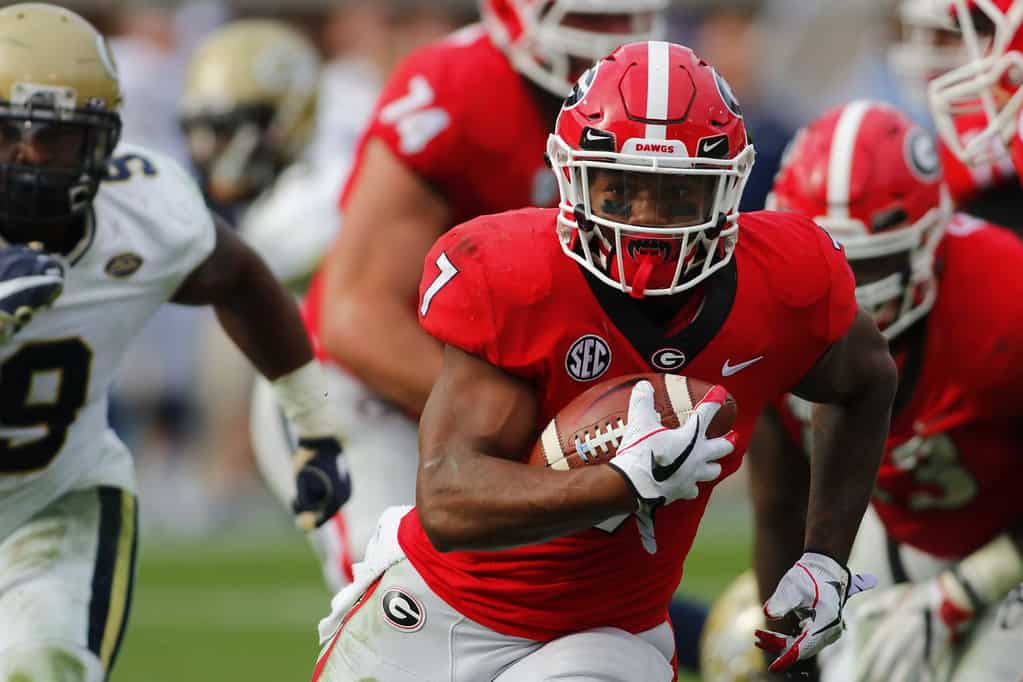 The UGA football game against in-state rival Georgia Tech at Sanford Stadium in Athens on Saturday, Nov. 24 will be televised by the SEC Network at Noon ET, the SEC has announced.

The Bulldogs crushed the Yellow Jackets last season 38-7 in Atlanta and have now won two out of the last four meetings. Georgia leads the overall series with Georgia Tech 66-41-5.

Also announced today was Georgia’s kickoff time for their home game on Saturday, Nov. 17 against the UMass Minutemen. The game is set for 4:00pm ET on the SEC Network.

The 5th-ranked Georgia Bulldogs are set to host the Auburn Tigers this Saturday. Kickoff is slated for 7:00pm ET and the game will be televised by ESPN.

Georgia and Alabama will square off in the 2018 SEC Championship Game at Mercedes-Benz Stadium in Atlanta on Saturday, Dec. 1. The game will be televised by CBS at 4pm ET.