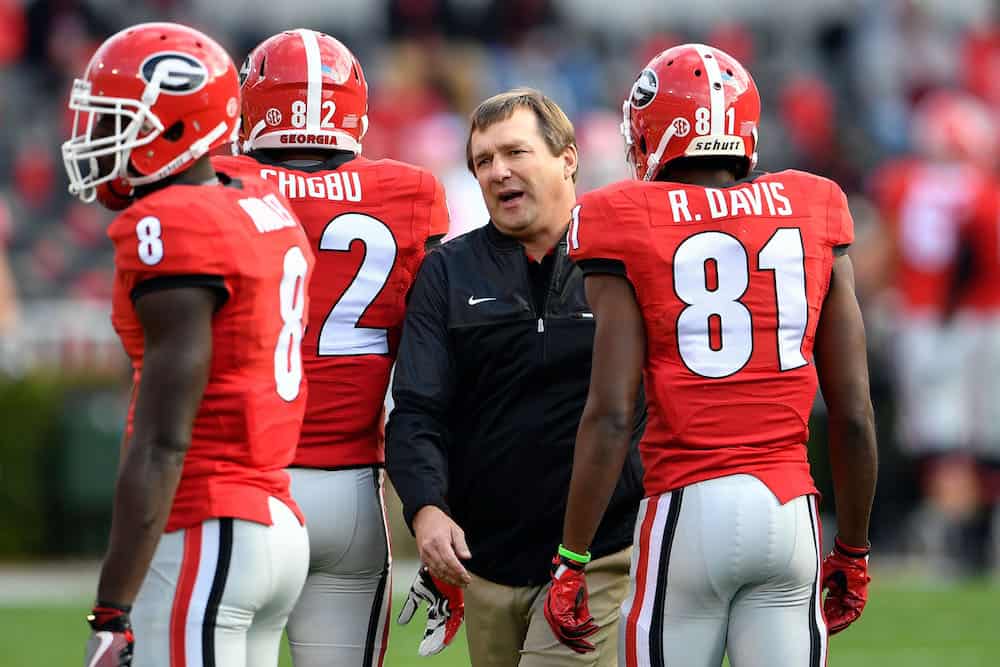 Georgia led its arch rival Georgia Tech by a 27-14 margin, and the Bulldogs were near ready to claim the state yet again.

But 15 minutes remained, and Georgia Tech took advantage of Georgia’s defense falling asleep to score 14 consecutive points and win the 2016 edition of the “Clean, Old-Fashioned Hate” by a 28-27 tally.

“It was frustrating. Like I was saying earlier in the week, this game is a hatred game and both teams are going to bring it and they brought it today,” junior defensive end Davin Bellamy said. They weren’t going to just lay down. They fought and they were the better team today.”

With just less than four minutes remaining in the final period, Georgia had the ball and was trying to chew some clock. However, on second down, freshman quarterback Jacob Eason threw an underneath pass to wide receiver Terry Godwin was intercepted by Lance Austin.

The Yellow Jackets were then able to march to the end zone by way of a 6-yard run by Qua Searcy for the game-deciding score. Georgia head coach Kirby Smart – who lost his fifth game in his first season at the helm – showed displeasure in his team’s inability to finish.

“I’m sick for the seniors who have given so much for our program. They fought their tails off,” Smart said. “To finish like that was not a very good job on our part. We had a big lead, but we didn’t finish it.”

Despite falling to its in-state foe for the second consecutive year at Sanford Stadium, Georgia still has one more game to play. The Bulldogs will have a month-long break in the action before taking the field for a bowl game in late December. Georgia’s bowl destination will be announced on December 4.

Until then, Georgia’s coaching staff will have 15 bowl practices and plenty of opportunity to recruit high school prospects and build for the program’s future.

“Recruiting is the lifeblood of our program. We have good players now and we’ll continue to recruit good players,” Smart said. “We’ll relentlessly go out the next two weeks to try to get the right kind of young men to come to the University of Georgia. We’ll attack it hard.”