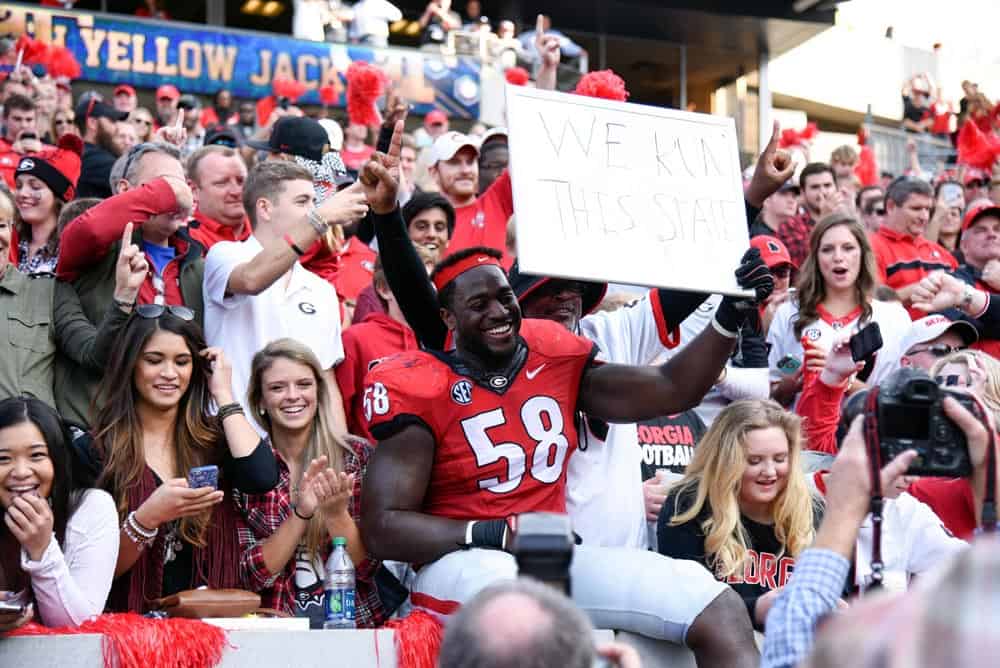 Georgia always has a primary athletic focus of beating Georgia Tech, no matter the sport. In the past, it has been quite difficult to beat the Yellow Jackets in multiple sports, due to both programs being top-tier and nationally ranked on many occasions.

This year didn’t follow the same script, as the Bulldogs “wrecked” their arch rival in each of the five major sports for the 2015-2016 academic year: Football, Men’s Basketball, Women’s Basketball, Baseball, and Softball. While every defeat may not have been dominating, each of them were sweet victories for Georgia fans.

Georgia’s football victory came in a squeaker, as it was a true defensive slugfest. The Yellow Jackets came into the game with a 3-8 record, having significant struggles producing offensively. The troubles were similar for the Bulldogs, as they couldn’t reach the 30-point mark in their last six games. Sony Michel busted it through in the first quarter, being the only time Georgia could find pay-dirt. The 13-7 victory turned out to be the last game for Mark Richt at the helm for Georgia, and definitely one to remember as it finished a 15-year tenure in Athens for Richt and his family.

Georgia and Mark Fox hadn’t beat the Yellow Jackets since 2010, as Tech’s head coach at the time Brian Gregory seemed to have his number. The Bulldogs were set out on a mission to change that. Guard J.J. Frazier had a second-half takeover for Georgia, finishing with 35 points, the second highest of his career. Georgia Tech now has John Pastner, formerly of Memphis at the helm for the upcoming season after Gregory’s dismissal. Fox hopes to get after Pastner, especially after he targeted UGA in a tweet.

In Joni Taylor’s first season with Georgia, one of her primary goals out of the gate was to defeat their arch rival. Her Lady Bulldogs did just that, in a 78-66 victory. Bulldog stars Merritt Hempe, Tiaria Griffin, and Mackenzie Engram averaged over 20 points combined in the defeat, serving as a driving force to the victory. Taylor’s basketball team continued on to make an NCAA Tournament run this past season, as multiple goals for the program were checked off of the list.

Scott Stricklin’s club had been struggling throughout SEC play, returning home from being drubbed by Texas A&M in a series sweep. However, the Diamond Dawgs played to top form in a goal to beat their rivals. The Yellow Jackets are in the midst of a superb season, with only single-digit losses to this point and a national ranking. The underdog status didn’t fear Georgia, as offensively they were led by a 3-for-4 night from Michael Curry and in conjunction with a dazzling 8 inning performance from Andrew Gist, the Dawgs had a happy drive back to Athens. Stricklin’s baseball team will face Georgia Tech two more time, once in Athens on April 26th and at Turner Field on May 17th.

The softball matchups for Georgia and Georgia Tech are always supported by both athletic clubs. The Bulldogs were able to take advantage of a streaking Yellow Jacket team, and with the Bulldogs being in national championship contender, the Lady Dawgs were able to easily able to take care of business. Chelsea Wilkinson was dazzling on the mound for Georgia, throwing two shutouts against their rivals.