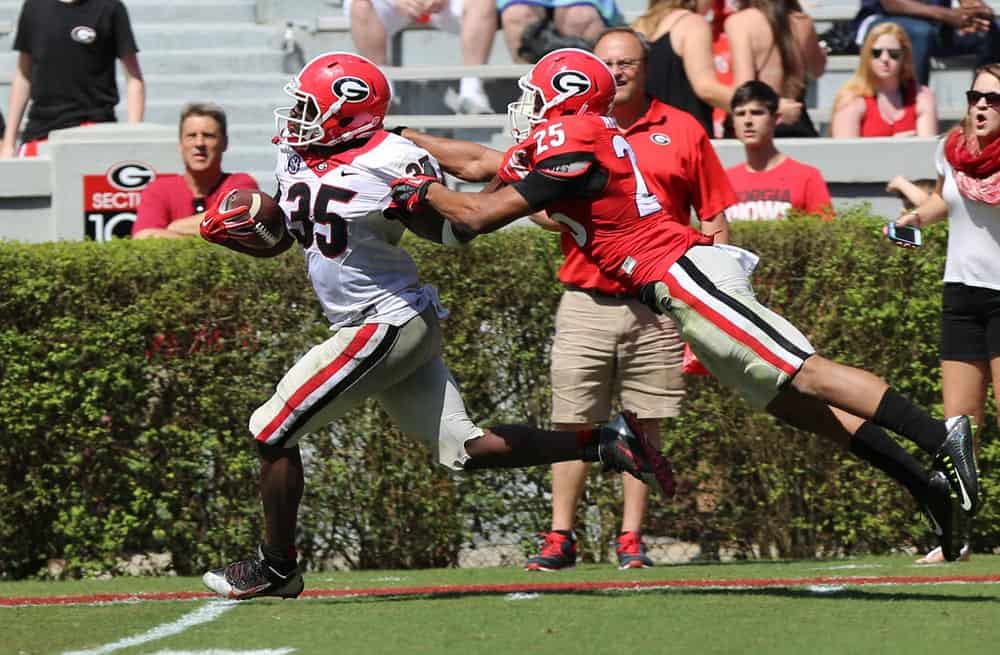 The 2016 UGA G-Day Spring football game has been set for Saturday, April 16, the school announced today.

April 16 is a week after The Masters golf tournament and three weeks after Easter. The 2015 G-Day game was played the same weekend as The Masters, which irked a portion of Bulldog fans.

The 2016 game could see a big turnout and could surpass the 46,815 that attended this year. Easter and The Masters won’t be in the way, and it could provide Bulldog fans with their first live look at 5-star quarterback Jacob Eason.