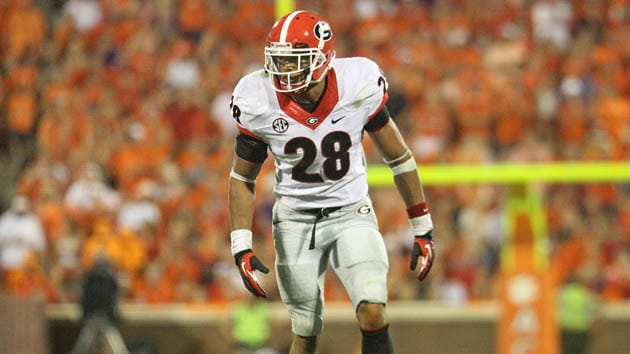 Sophomore safety Tray Matthews plans to transfer from UGA according to a tweet from him today.

I'm sorry UGA family.I swear to God I love yal.I'm crying right now but I won't forget. Love the dawgs.Auburn or Louisville will be my home

According to the tweet, Matthews will transfer to either Auburn or Louisville. If he did go to Auburn, he would have to sit for two years due to SEC transfer rules.

Tray Matthews, who signed with the Dawgs in February 2013, played in eight games last season and started in six of those. Overall, he recorded 36 tackles, one forced fumble and one interception.

Matthews is the fifth Bulldog to depart Athens this year. Wide receiver Uriah LeMay and cornerback Shaq Wiggins both announced they were transferring last month.

Defensive back Josh Harvey-Clemons was dismissed from the team in February, and in April UGA announced that outside linebacker Paris Bostick was transferring.

UGA has officially announced that safety Tray Matthews has been dismissed from the team.

“We are trying to make room for guys who want to do things right,” said Bulldog head coach Mark Richt.