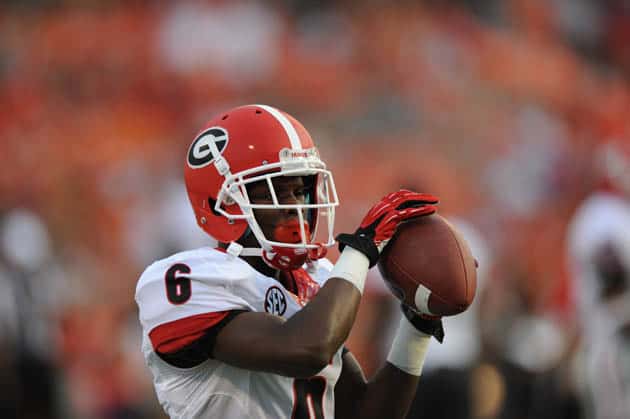 As a freshman in 2013, Wiggins played in 12 games and recorded 19 tackles and a team-high two interceptions.

“Shaq and I have been talking over the last few days and a fresh start is what he believes is in his best interest,” Richt said. “We respect his decision and certainly wish him nothing but the best.”

Back in January, Wiggins was arrested and charged with Driving With a Suspended License. Wiggins was pulled over for Speeding 52 miles per hour in a 35 mph zone and a check of his license revealed a failure to appear warrant.

Shaq Wiggins (5-10, 165) committed to Georgia in February of 2012 and signed with the Bulldogs the following February.

Wiggins is the third Bulldog to depart this year. Defensive back Josh Harvey-Clemons was dismissed from the team in February and is joining former defensive coordinator Todd Grantham at Louisville.