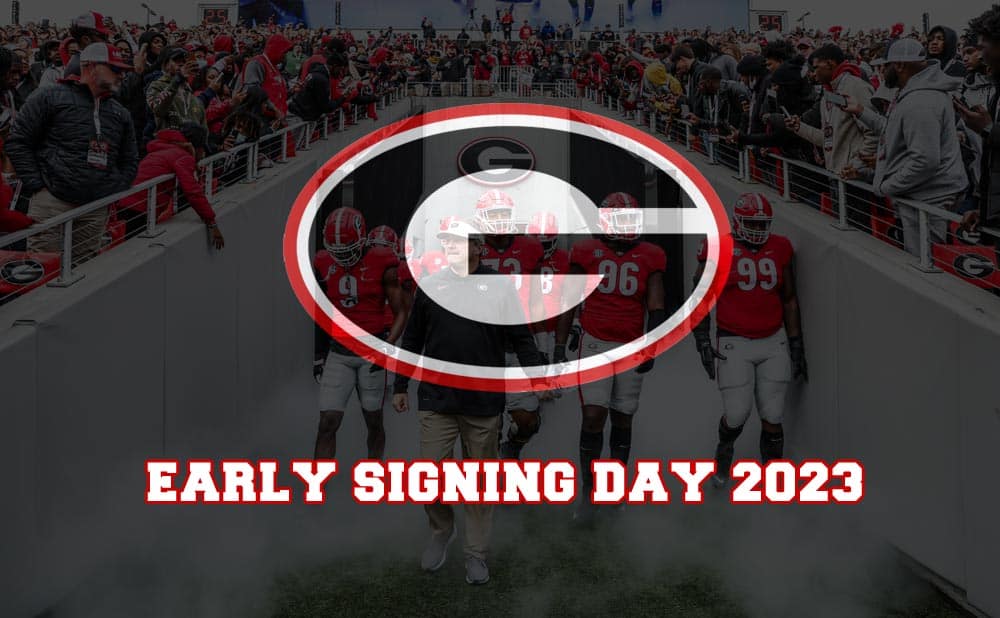 Below are details on Georgia’s 2023 football recruiting class. This data will be updated often (last updated: Dec. 22 at 5:00pm ET):

Most recruits that are committed to UGA are expected to sign on Wednesday. Below is the list courtesy of UGASports.com (notes will be added after UGA announces signings):

The Georgia Bulldogs are hoping to land some of the top uncommitted targets on early signing day. Below are the recruits and the time they are expected to announce (all times ET):

The following UGA commitments are expected to sign on the regular Signing Day on Wednesday, Feb. 1, 2023:

8:47am – 4* CB Daniel Harris has re-committed to the Georgia Bulldogs, he announced this morning.

9:23am – 4* CB Daniel Harris has signed his letter of intent with UGA after re-committing earlier this morning.

10:41am – 4* DB Justyn Rhett has signed his letter of intent with the Georgia Bulldogs.

11:40am – 4* RB Roderick Robinson is officially a Georgia Bulldog. #RBU

12:33pm – 3* ATH Kyron Jones has committed to Georgia and has signed his letter of intent.

4:00pm – Georgia has picked up a commitment from four-star defensive lineman Jordan Hall.