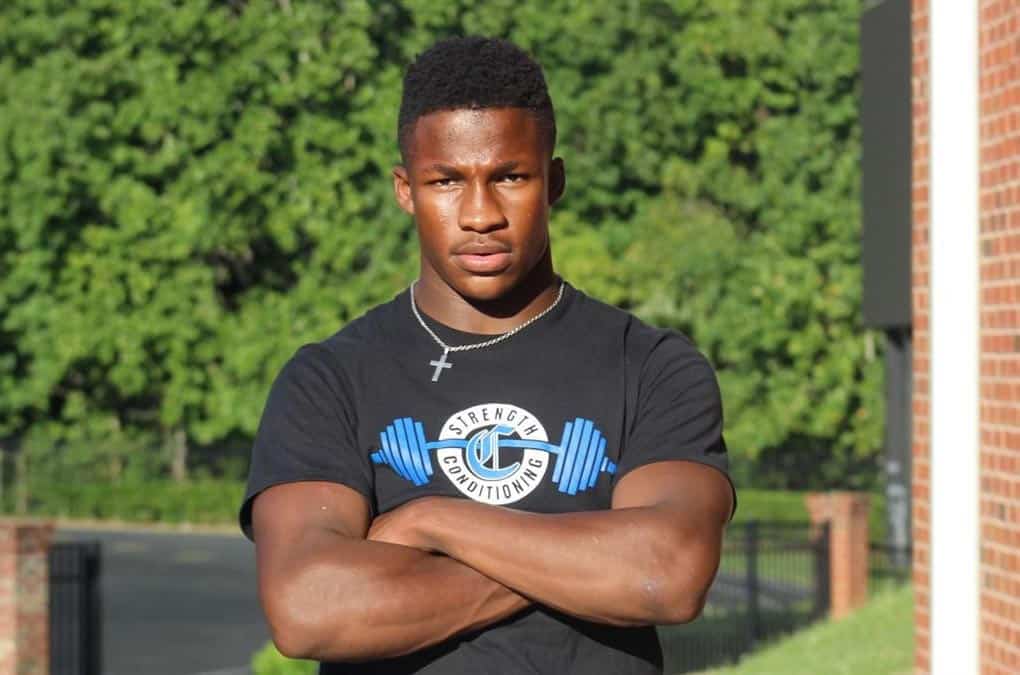 Kyron Jones, a three-star running back from Charlotte, N.C., has committed to UGA football for the class of 2023.

Jones, who decommitted from the North Carolina State Wolfpack on Monday, announced his commitment to Kirby Smart and the Georgia Bulldogs on the Early Signing Day on Wednesday, Dec. 21.

🚨🚨BREAKING: Kyron Jones completes his flip from NC State, commits to #Georgia. #UGA wants the speedy athlete as a defensive back. He's the Dawgs second commit of the day