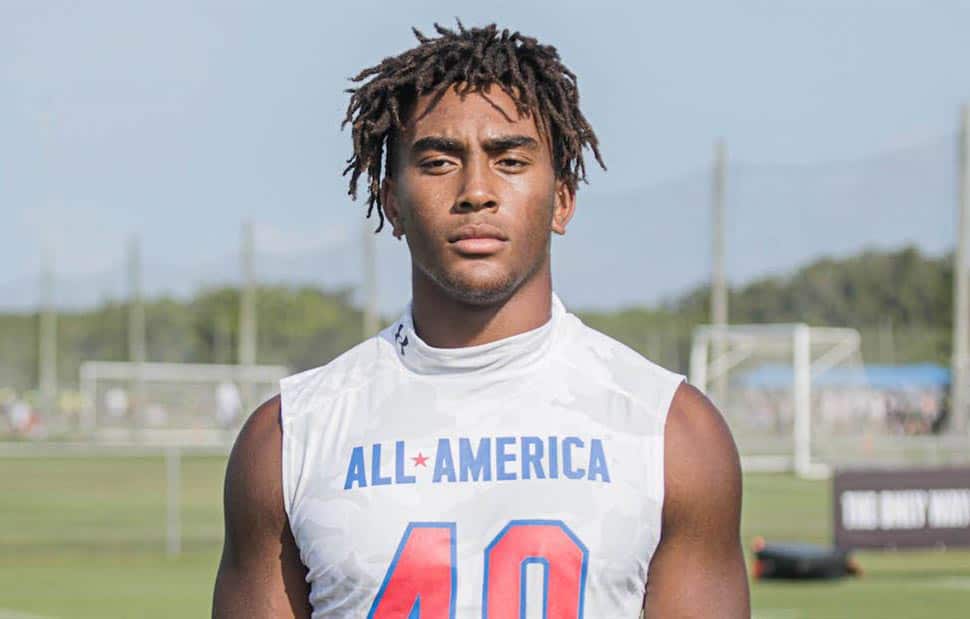 Damon Wilson, a five-star defensive end from Venice, Fla., has committed to UGA football for the class of 2023.

Wilson announced his commitment to Kirby Smart and the Georgia Bulldogs on the Early Signing Day on Wednesday, Dec. 21.

Wilson joins 5-star defensive end Samuel M’Pemba who is ranked No. 8 in the nation, to give #UGA scary bookends