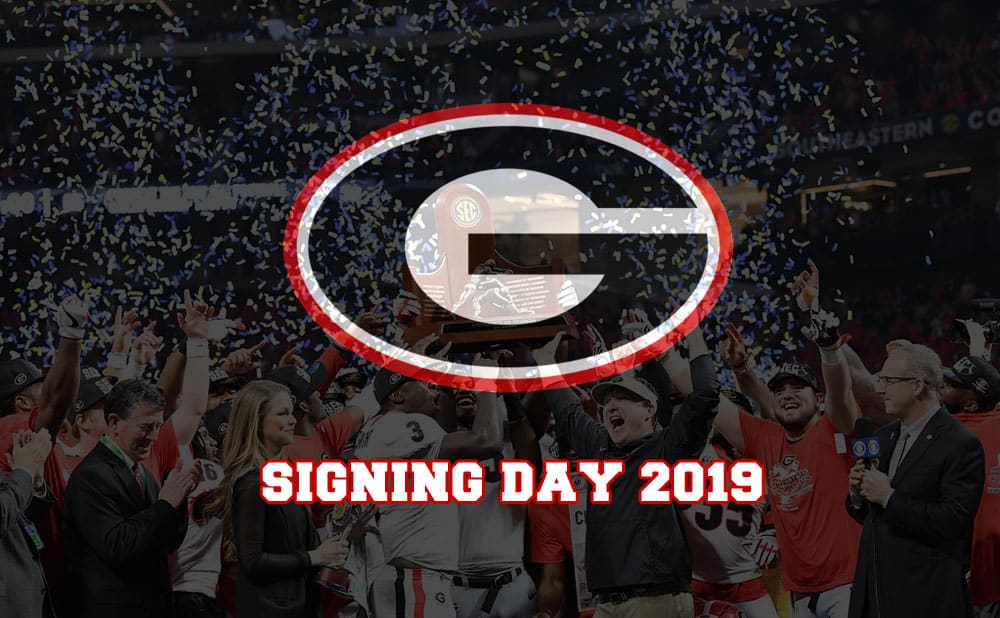 Georgia signed 21 recruits during the early signing period in December. UGA also received a commitment in January from Tyrique Stevenson, who is already enrolled and on campus.

The Dawgs are hoping to land a few more uncommitted targets on signing day. Below are the recruits and the time they are expected to announce (all times Eastern):

As we do each year, SicEmDawgs.com will post the UGA Football Signees as they come in. We will also update this post throughout the day (see “Live Signing Day Updates” below). Feel free to join the signing day discussion in the comments section at the bottom.

8:42am – 3-star wide receiver Ty James of Greater Atlanta Christian in Norcross, Ga. has committed to UGA as a preferred walk-on.

10:20am – 5-star wide receiver George Pickens has flipped his commitment from Auburn to Georgia!

11:29am – George Pickens has officially signed with UGA.