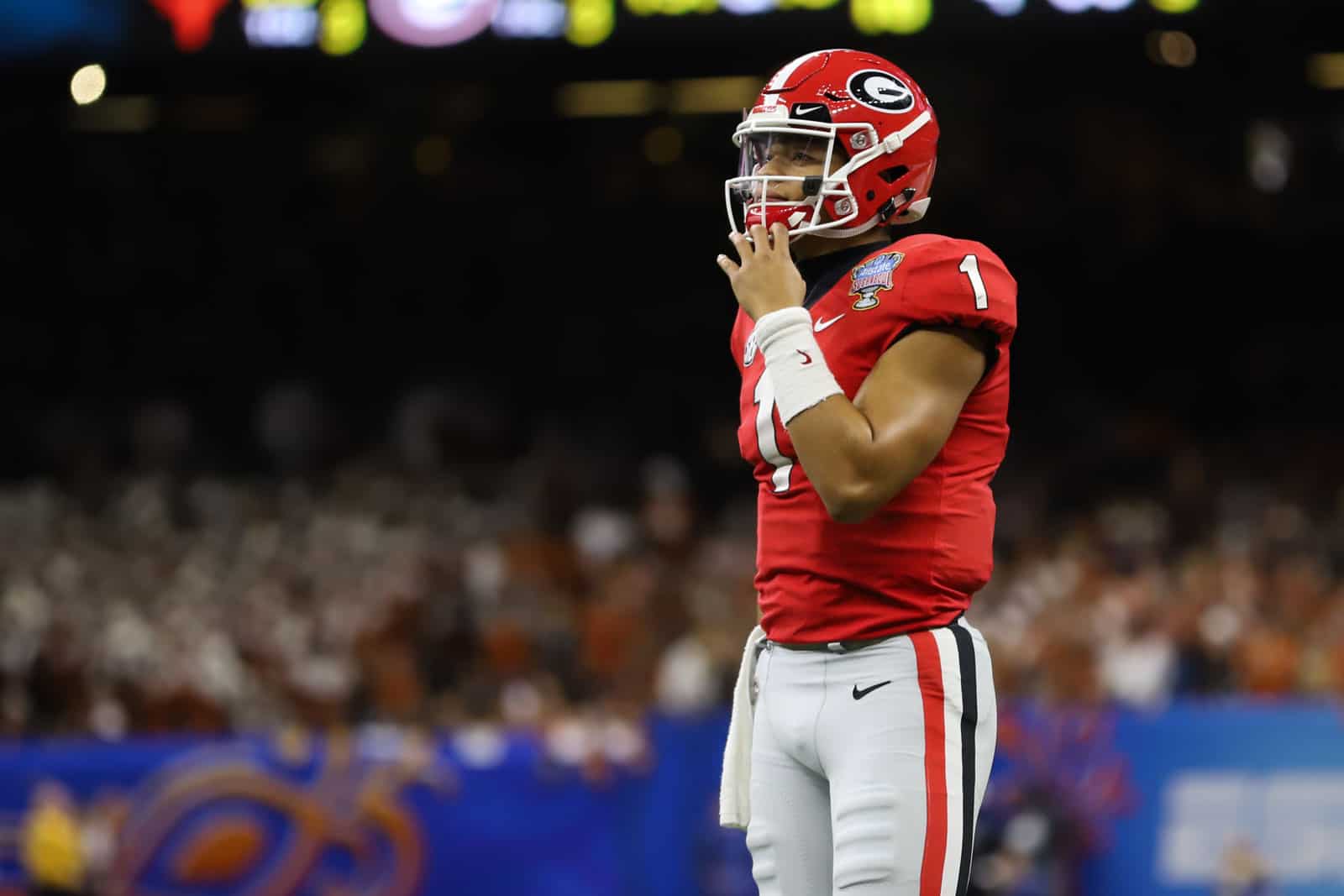 It appears the Justin Fields transfer rumors are about to come to a fruition, as several reports on Friday indicate that he will transfer to Ohio State.

The news was first reported today by LettermenRow.com and was later confirmed by Bruce Feldman of FOX Sports and FS1.

Justin Fields is expected at Ohio State today and will be moving in with the Buckeyes this weekend. https://t.co/jqAq1vujDH

Saw the report that former 5-star #UGA QB Justin Fields is transferring to #OhioState. I can confirm that he is on the OSU campus there now. Would expect more details in the next 24 hours or so.

Hard rumors of Fields’ intent to transfer from UGA popped up just before the early Signing Day in mid-December from USA Today’s Dan Wolken. Later, UGASports.com and others indicated that Fields would consult with an attorney and would likely obtain a waiver to play in 2019.

Fields seeking a waiver is reported to be a direct result of having racial slurs directed his way during a game at Sanford Stadium by now former UGA baseball player Adam Sasser.

Of course, Justin Fields’ main intent to transfer is to seek immediate playing time since he failed to beat out sophomore quarterback Jake Fromm for any significant playing time this season.

Fields traveled with the team and dressed out for the Sugar Bowl contest against the Texas Longhorns, but he didn’t play a single snap. That likely indicated his time with UGA was over.

Georgia also has a commitment from 2019 quarterback John Rhys Plumlee out of Hattiesburg, Mississippi. However, Plumlee did not sign with the Bulldogs in December.

As for now, neither Georgia or Ohio State has issued a comment on Justin Fields. That will likely come later today or this weekend once all the paperwork is made official.