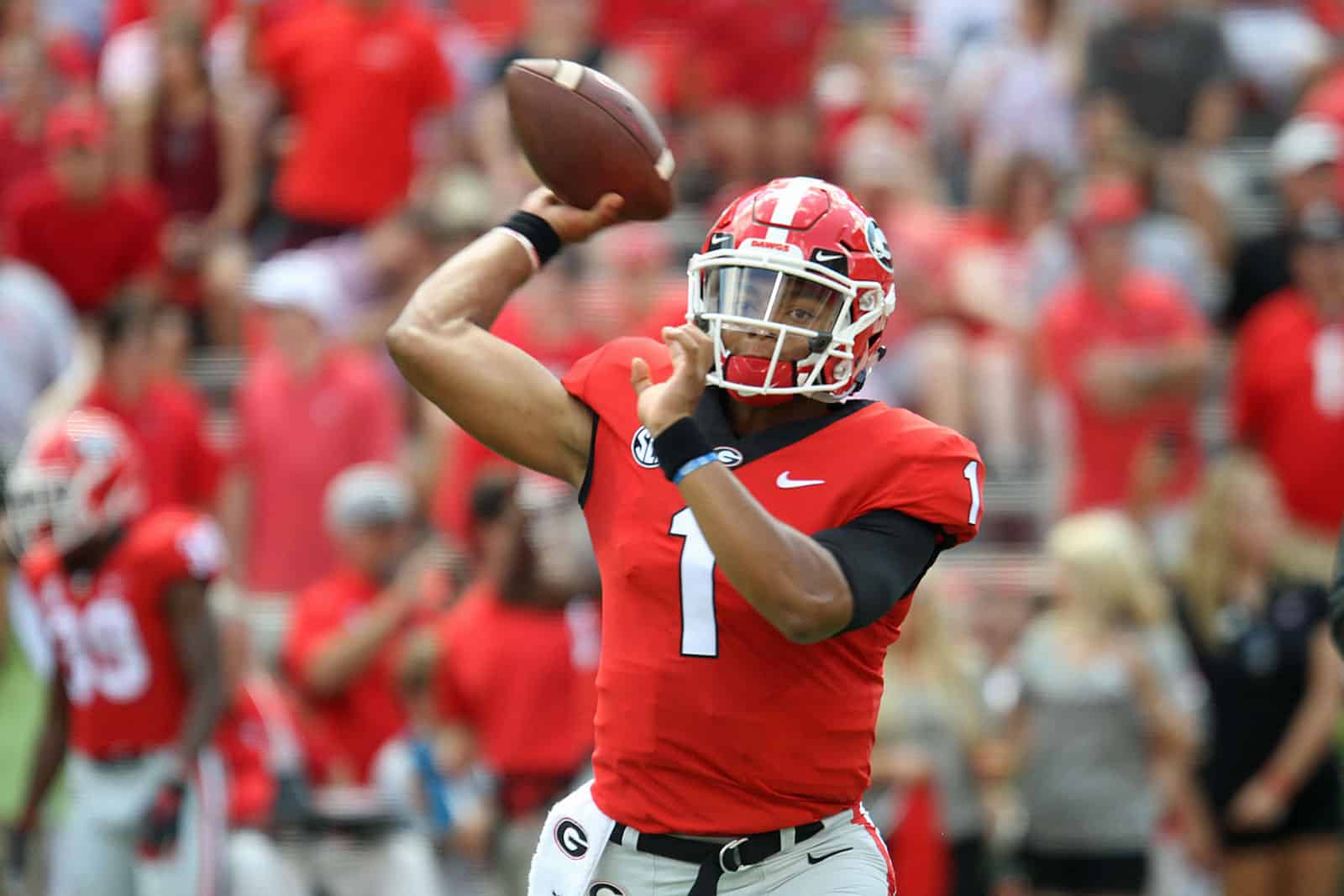 Freshman quarterback Justin Fields plans to transfer from UGA, according to a report on Monday by USA TODAY Sports.

The report by Dan Wolken states that Fields “…has notified Georgia he intends to transfer.”

Shortly after the USA TODAY report, the AJC’s DawgNation contacted Field’s mother for confirmation, but she didn’t provide any pertinent information.

“We’re not at liberty to discuss anything,” Jo Ann Claudrick Fields said via telephone Monday night. “We’re not confirming or denying anything. We have not made any decisions.”

Justin Fields, a 5-star recruit and the top dual-threat quarterback in the country last season, signed with the Georgia Bulldogs last December and enrolled early.

He was expected to do big things in Athens, but he hasn’t been given that chance. That’s mainly due to sophomore Jake Fromm leading the Bulldogs to the SEC Championship, Rose Bowl, and National Championship last season and following that up with a stellar 2018 campaign.

If he does transfer from UGA, his last play as a Bulldog will be the failed fake punt try late in the fourth quarter against Alabama in the 2018 SEC Championship Game.

Fields’ departure would also leave the Bulldogs with one quarterback on scholarship, Jake Fromm. Georgia does have a commitment from John Rhys Plumlee, a 4-star recruit out of Hattiesburg, Mississippi, and Kirby Smart is reportedly recruiting other quarterbacks leading up to the early signing day on Wednesday.

Update: UGASports.com has posted a new story with the latest on Justin Fields’ possible transfer. It doesn’t look good for Georgia.

Here is the latest on #UGA quarterback Justin Fields and his possible transfer https://t.co/q6gSeuh5GB pic.twitter.com/gq1mLQTcqX