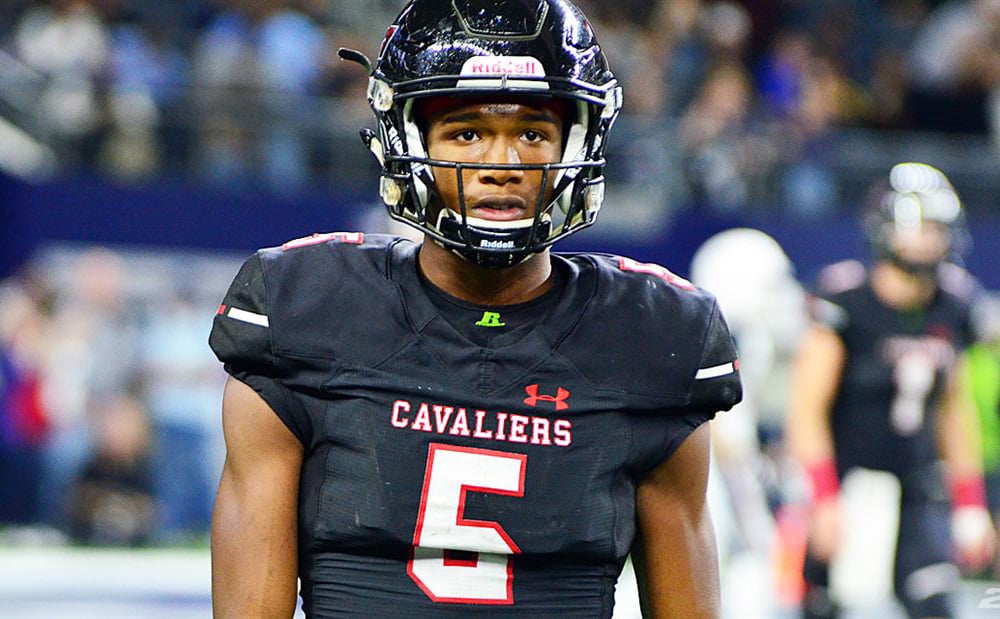 Georgia has received their first surprise commitment on signing day, and it’s a flip from Ohio State.

Dwan Mathis, a four-star quarterback, committed to the Georgia Bulldogs during a ceremony at his high school, Oak Park, in Belleville, Michigan.

In the 247Sports Composite, Mathis is rated as a four-star quarterback, the No. 9 pro-style quarterback, and the No. 261 overall recruit for 2019.

The flip of Mathis to Georgia provides further evidence that freshman quarterback Justin Fields will transfer. His name is currently listed in the NCAA Transfer Portal, so he can be contacted by other schools.

So far today, the Georgia Bulldogs have signed 15 recruits to letters of intent. Georgia came into the early signing day with 19 verbal commitments, not including Dwan Mathis.

Georgia’s 2019 class is currently ranked No. 2 by 247Sports, one spot behind Alabama.

Stay tuned throughout the day for more breaking news!