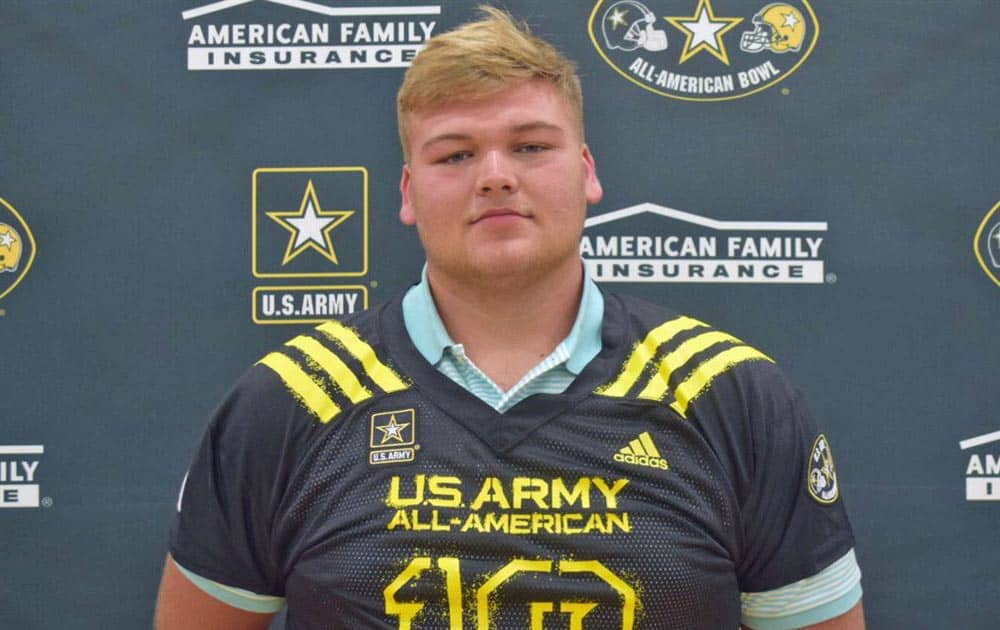 UGA football has received another huge commitment for the 2018 offensive line. Five-star offensive lineman Cade Mays of Knoxville, TN (Knoxville Catholic) has committed to Kirby Smart and the Georgia Bulldogs.

Mays (6-6, 318) committed to the Georgia Bulldogs on early signing day live on ESPNU. He picked UGA over Clemson, Ohio State, Tennessee, and Alabama.

Cade Mays is rated 5-stars, the No. 2 offensive tackle, and the No. 16 overall recruit in the 247Sports Composite.

Rivals.com also rates Cade Mays as a five-star recruit, the No. 2 offensive tackle, and the No. 15 overall recruit for the 2018 class.