Georgia to host Belmont in NIT

Georgia to host Belmont in NIT 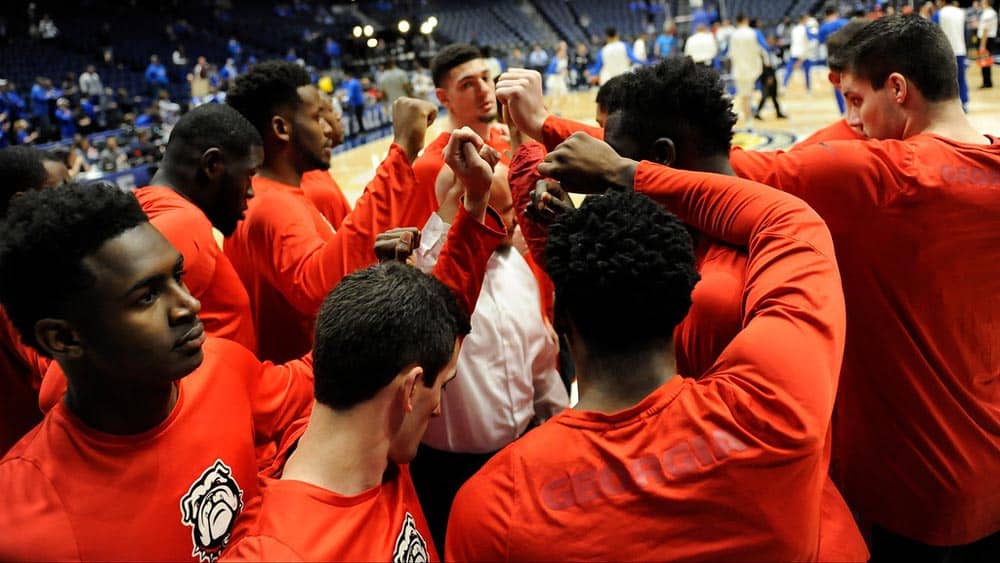 ATHENS, Ga. – The Georgia Bulldogs were awarded a No. 2 seed in the National Invitation Tournament on Sunday and will face Belmont in their first-round matchup at Stegeman Coliseum at 7:00 p.m. on Wednesday evening.

Georgia enters the NIT at 19-14 overall, one win shy of the Bulldogs’ fourth-straight 20-win campaign. The Bulldogs were 9-9 in the SEC while playing home-and-home series with three NCAA Tournament teams (Kentucky, Florida and South Carolina) and an additional NIT participant (Alabama).

“Obviously our team was disappointed that we did not make the NCAA Tournament but at the same time they were given to opportunity to continue their season and play in the NIT, which is a very prestigious event with a great history,” head coach Mark Fox said. “We’ll get ready for a very good Belmont team, a team we played a year ago in the same event. If I recall, they have just about everyone back and Rick Byrd is a great coach so it will be a tremendous challenge for our team.”

Georgia is led by consensus All-SEC performers J.J. Frazier and Yante Maten, one of the nation’s most potent inside-outside scoring combinations. Frazier and Maten rank third and fourth among SEC scoring leaders at 18.5 ppg and 18.2 ppg, respectively. On Tuesday, Frazier was named first-team All-SEC by both league coaches and the Associated Press. Maten was a first-team All-SEC honoree by coaches and a second-team choice by the AP.

Belmont sports a 22-6 overall record. The Bruins received an automatic bid to the NIT after winning the Ohio Valley Conference regular-season title at 15-1 but losing in the conference tournament. Evan Bradds leads Belmont offensively at 20.6 ppg, while five addition Bruins average between 8.0-11.4 ppg.

Georgia and Belmont also met in the first round of last year’s NIT in Athens, with Maten scoring a career-high 33 points to lead the Bulldogs to a 93-84 victory.

The Bulldogs will be making their 14th appearance in the NIT and third in the last four seasons. Georgia advanced to the semifinals in both 1982 and 1988.

All tickets are $15 and general admission seating. They can be ordered online now, by calling the Athletic Association ticket office 1-877-542-1231 between 8:30 a.m.-4:30 p.m. (Monday-Wednesday) and beginning at 5:00 p.m. Wednesday at the Stegeman Coliseum ticket windows. Seating will be general admission for the First Round of the National Invitational Tournament.

Basketball Enhancement Fund contributors will receive priority on seating in Sections E and F(sections could be altered based on demand) and Courtside ticket holders will be able to purchase their same seats for the First Round of the National Invitational Tournament. BEF contributors need to sign into their online account to request tickets.

UGA students will be admitted for free when showing their valid UGA ID at the Student Gate on game day.

All tickets ordered will be available for pickup through will-call only at the following locations:

Wednesday, March 15 from 5:00 p.m. at the Stegeman Coliseum Ticket Windows