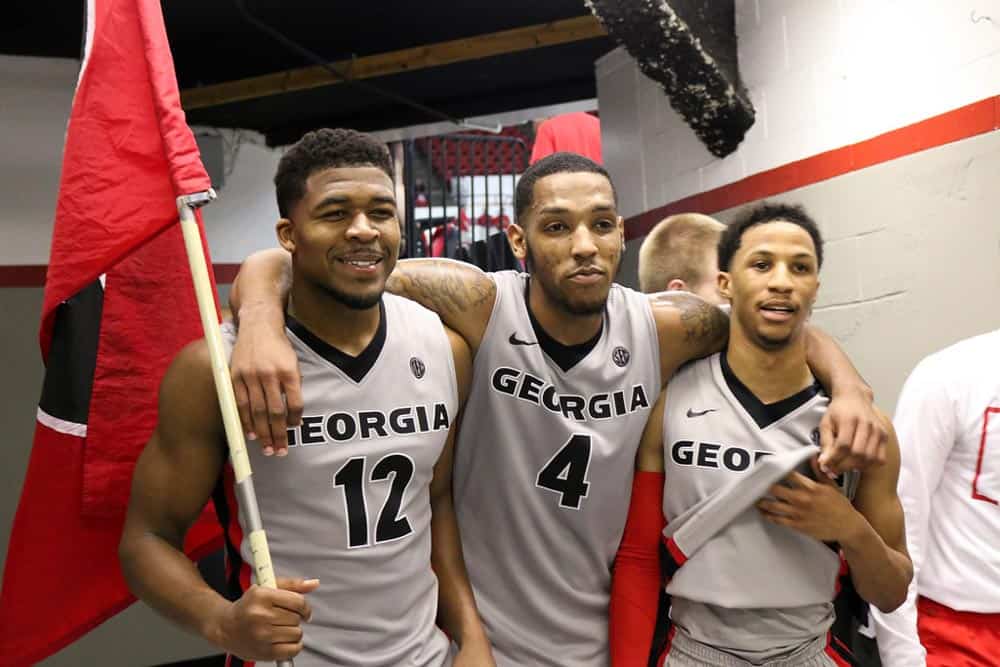 Georgia came out with their offensive weapons loaded, and they couldn’t be stopped. Maten led the way for the Bulldogs in a 93-84 victory over Belmont, hitting threes and capping his monster night off with a posterizing one-handed dunk. Here are three observations from the tournament victory.

Georgia forward Yante Maten has been an offensive leader throughout the season, but we haven’t seen him erupt as he did tonight. Totaling 33 points and 10 rebounds, it was a night for the sophomore to remember.

Maten had 20 points in the first half, as well as three makes from behind the arc. To put that into a bit of perspective, Maten had only converted on five three-point opportunities throughout the entire season. Therefore, the expansion of his game is undoubtedly going to help Georgia throughout the remainder of the tournament and long-term.

The three-pointers weren’t even the highlight of his night. Instead, a coast-to-coast posterizing dunk brought the Stegeman Coliseum fans to their feet.

Yante Maten takes it coast to coast for the dunk! #Dawgs #UGA https://t.co/fMXita2qAK

Maten was a true force for Georgia, racking up another double-double and finishing at a 82% field goal percentage with a great deal of those makes coming on jump shots, making it all the more impressive. Maten was one of the three double digit scorers for Georgia in the offensive attack, as Mann had 23, Frazier had 16, and Gaines finished with 12.

2. FOX RACKS UP ANOTHER 20-WIN SEASON

Another accolade has been reached in the career of Mark Fox. He is the first Georgia head coach to have multiple 20-win seasons in his tenure since Tubby Smith in the mid 1990’s.

Along with Fox, seniors Charles Mann and Kenny Gaines reached their own milestone in the same regard. There hasn’t been a group of seniors to have three consecutive 20-win seasons in their Georgia tenures. The dynamic senior duo will finish with three consecutive postseason appearances in addition.

Georgia and Belmont both came into the game with a “run and gun” mindset, and both the Bruins and the Bulldogs were able to find the bottom of the net very frequently.

Belmont based their offensive game-plan around three point shots and it showed. The Bruins made 14 three-pointers in 37 attempts, finishing at a 38% clip. Guard Austin Luke led the way for Belmont, hitting four long range jumpers and finishing with 16 points.

Georgia answered the call behind the arc as well, converting on 11 three-pointers in 21 attempts, at a 52% clip. Mann and Maten combined for seven three-pointers, as they were both finding their stroke from deep.

Next: Georgia will hit the West coast and head to Moraga, California to face the No. 2 seed St. Mary’s Gaels (28-5). The Gaels were runner-ups in the West Coast Conference, slightly falling to Gonzaga in the WCC Championship. The game is set for Sunday at 7:30pm ET on ESPNU.