Georgia hopes to regroup and start consolation run vs. Belmont

Georgia hopes to regroup and start consolation run vs. Belmont 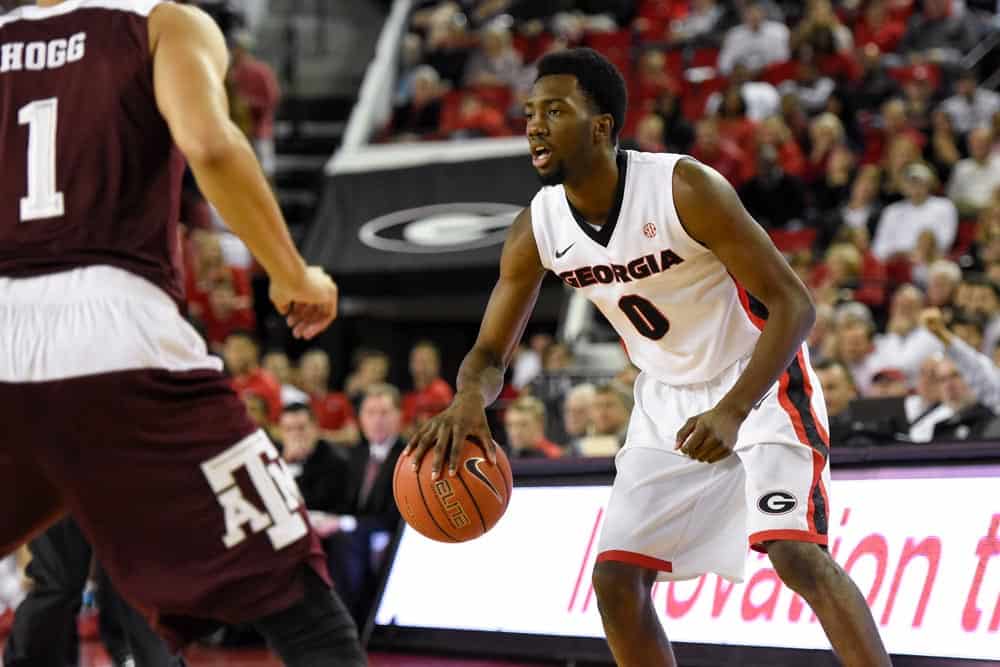 WHAT: National Invitational Tournament, First Round

Georgia has fallen short of their goal of reaching the NCAA Tournament, however their season isn’t finished yet. Mark Fox will send his group into the program’s second NIT appearance in three years, and the opportunity to reward the seniors with three 20-win seasons. That will be no easy task, as the Belmont Bruins come to town, a talented team who has played spoiler in the NCAA Tournament. Here are some keys that Georgia must follow in order to be victorious and given an opportunity on the West coast this Sunday.

Georgia must forget about their hopes of making the NCAA Tournament and focus on having success in the tournament they’re playing in. The NIT is a prestigious tournament with a difficult field, and can help a program in many ways if they’re to have success. The Bulldogs have won five of their last six games, and in order for their streak to continue on, they must play with a “never quit” attitude and refuse to let their season end.

Mark Fox reiterated his hopes for postseason tournament play. “We hope that they will be excited, focused and ready to play but the first game of the NIT is often one of the hardest ones to play because you’re dealing with the disappointment of not making the NCAA,” Fox told a group of reporters via teleconference after the NIT announcement had been made.

If the Bulldogs have an excitement that their season is still continuing and cherishes the opportunity to improve as a team, they can make a memorable run through a challenging bracket.

Georgia could potentially be without junior guard J.J. Frazier due to the injury he sustained in Saturday’s loss to Kentucky. Even if he is to suit up, it is almost a guarantee that he will see limited action. Quite obviously, when a scorer averaging 17 points per game is out for any significant amount of time, a void is created. Therefore, freshman guard William “Turtle” Jackson must step to the forefront.

Jackson scored a career-high nine points on Saturday as Mark Fox implemented his platoon-style offense. Jackson will certainly see significant minutes against Belmont as he did in the SEC Tournament showdown just a few days ago. Without Frazier running the show, Georgia’s offense seems very rattled and stagnant at times. It is asking a lot of a young freshman to take on a heavy duty, however senior guards Charles Mann and Kenny Gaines will flank him, and can step in for him at any given moment.

With that said, there is experience available even if Jackson is asked to carry a significant load. However, Gaines and Mann have not been too successful at the point guard position, but must brush up mistakes in order for Georgia to advance.

3. Lock up the paint

Belmont is a team which finds a great deal of success in the paint. Their leading post scorer is junior Evan Bradds, who averages 17.8 points per game, with an astounding 71% field goal percentage. He would be matched up with Georgia sophomore Yante Maten in all likelihood. Maten must lock up his defense in the paint and limit Bradds’ production. Maten had some success limiting impactful post scorers in the SEC Tournament, as South Carolina’s Laimonas Chatkevicius had 14 and Kentucky’s Alex Poythress had 10. If Georgia’s post tandem is able to limit Bradds and make Belmont’s other weapons beat them, Georgia should find success.