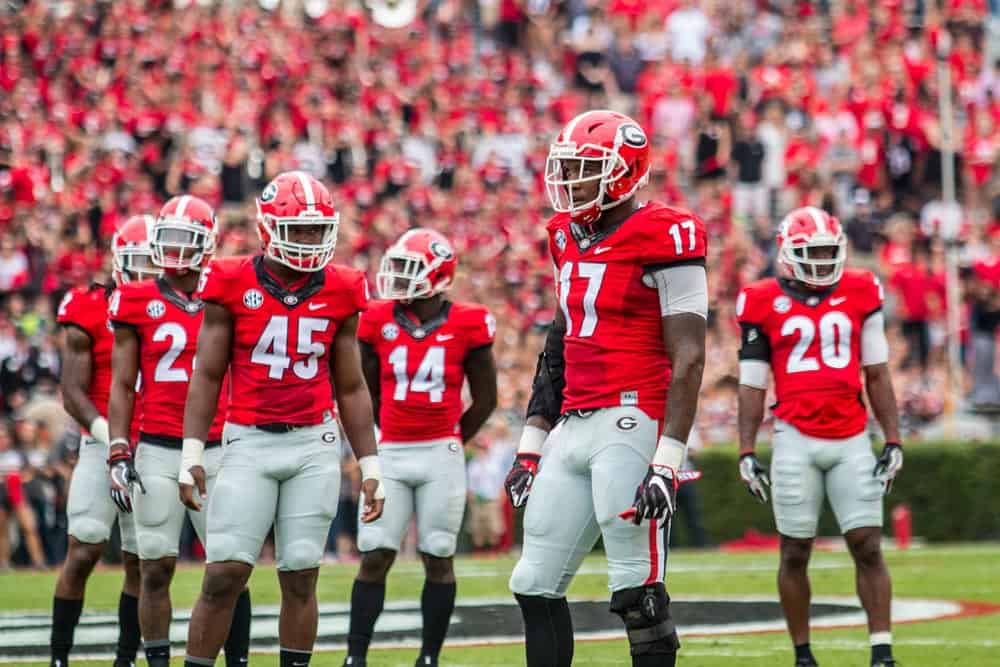 Update: UGA will face TCU in the 2016 AutoZone Liberty Bowl.

The Georgia Bulldogs finished the 2016 regular-season, the first under Kirby Smart, 7-5 overall and 4-4 in the SEC and qualified for a bowl game for the 19th consecutive season.

It was a lackluster season for the Bulldogs, which included losses to rivals Tennessee, Florida, and Georgia Tech. Georgia was also dominated by Ole Miss and upset at home by Vanderbilt.

With the College Football Playoff and bowl games around New Year’s Eve and January 2nd out of the question, let’s take a look at the current bowl projections for UGA (as of Nov. 30).

The Bulldogs haven’t played in the Music City Bowl since 2001 and have never faced Minnesota on the gridiron.