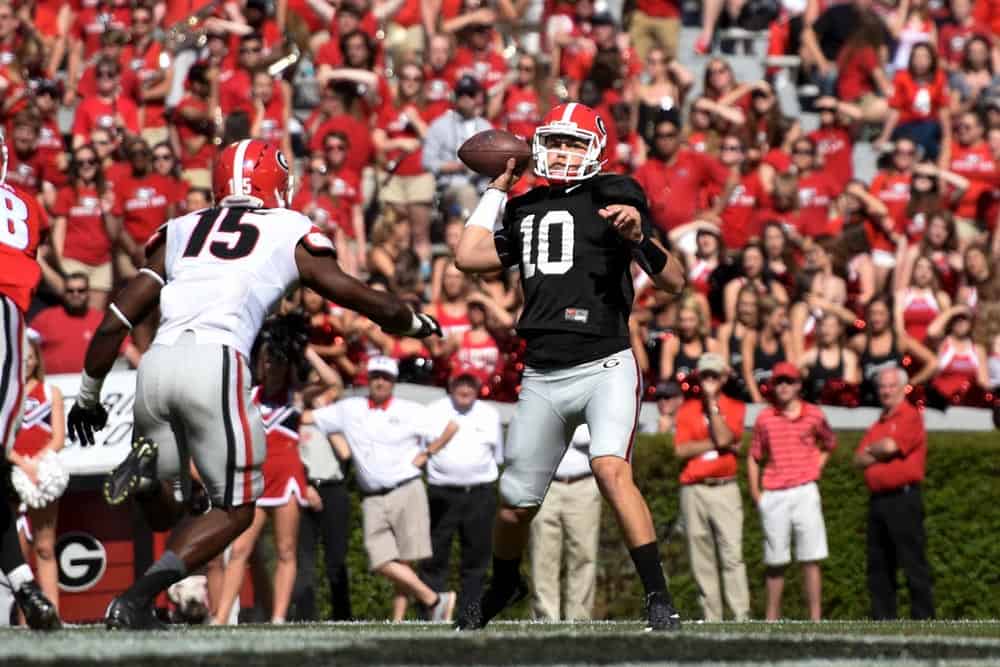 The 2017 UGA G-Day Spring football game has been set for Saturday, April 22, the school announced on Friday.

April 22 is two weeks after The Masters golf tournament (April 6-9, 2017) and one week after Easter (April 16, 2017). A kickoff time and television coverage will be announced at a later date.

The 2016 game, Kirby Smart’s first between the hedges, saw over 93,000 UGA fans in attendance with more turned away at the gates. The game provided Bulldog fans with their first live look at 5-star quarterback Jacob Eason, who should see action early and often this season.

Georgia kicks off the 2016 season on Saturday, Sept. 3 against North Carolina in the Chick-fil-A Kickoff Game in Atlanta. The game will be televised at 5:30pm ET on ESPN.