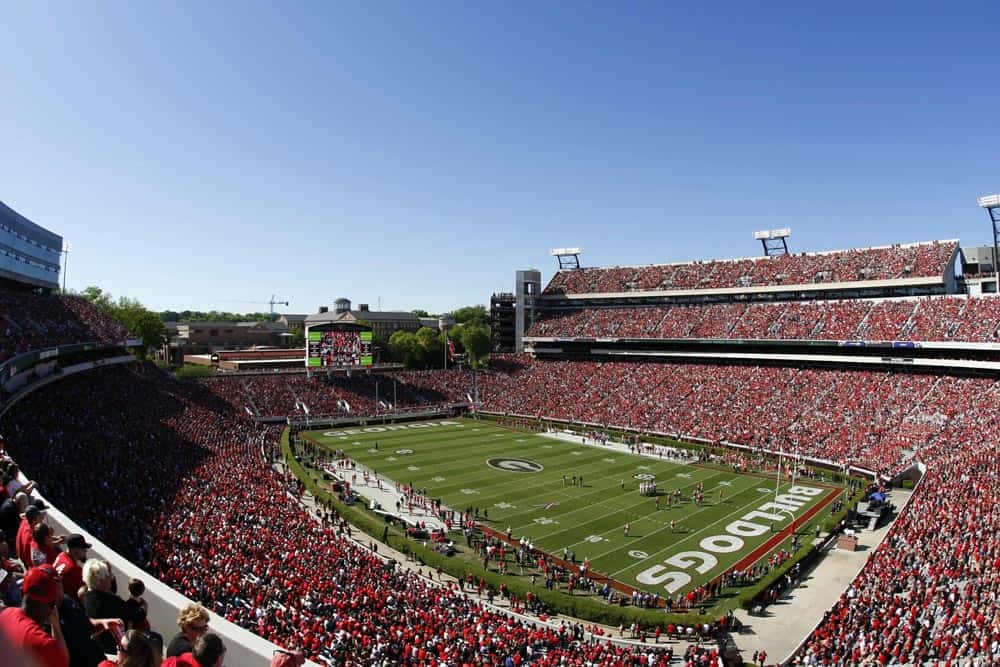 A spring game is a scrimmage between the team’s offensive and defensive personnel that concludes spring practice. As a true exhibition, why would one expect fans to fill the stadium to the brim and then some?

Because Georgia and Kirby Smart asked them to, and as fans are extremely excited about the future of this program, they will fulfill Smart’s desires.

Sanford Stadium had an exhilarating crowd, embodying an atmosphere that was very similar to that of a top-tier SEC clash on a Fall Saturday evening. The crowd was so heavy in volume that people were standing in the tunnels and the staircases, in an attempt to create an area of overflow. Georgia PA Announcer Brook Whitmire asked the fans “to scoot in to make room for fans trying to find seats.” All in all, the Bulldog Nation was in full force on the spring Saturday, as it’s needless to say that Georgia surpassed their goal of 93,000, and Smart tweeted a thank you to the fans for their passion and support to the program.

Thanks to the committed who couldn't find seats in a packed house. #CommitToTheG pic.twitter.com/IL8GawUuVU

Smart’s crowd not only set an SEC record, but also surpassed that of his former compatriot Nick Saban by more than 17,000 fans in his first spring rodeo as the Georgia head coach. The G-Day crowd is the first big “win” by Smart in the first season of his tenure, as it shows that the fans believe in his ways and have entrusted him with the future of a top-tier program. That was displayed in the roar of the crowd when Smart’s entrance into the stadium was announced by way of a hype video.

However, this only scratches the surface as his program will need to start showing progress and winning games, but this staggering turnout in Smart’s first appearances definitely serves as a reference point for the fans’ trust in the state of the program.

The university and the fanbase will help Smart and the program reach their dreams, as Kirby Smart’s wish is their command.