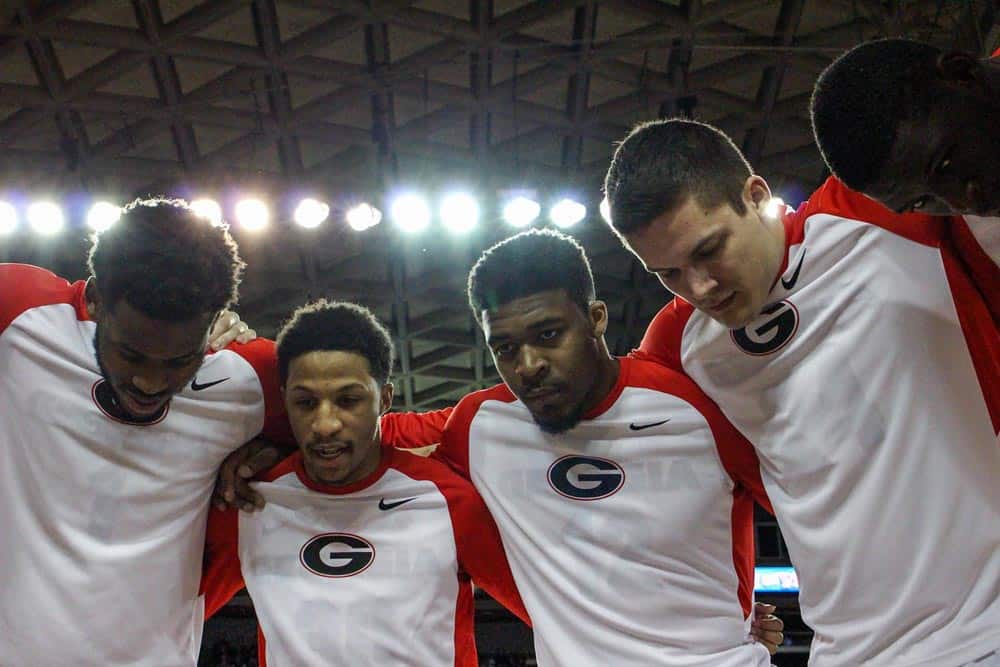 The long wait for Georgia to get tournament play underway has mercifully come to an end. A big test lies ahead, as a surging Mississippi State team comes into the conference tournament with aspirations of becoming the “cinderella.” Here are keys the Bulldogs must follow in order to be victorious and advance.

1. Play with that “desperation”… or whatever you want to call it

Georgia took the defeat to Auburn two short weeks ago, and many thought the sky was falling for the Bulldogs basketball team. However, they have since then gained momentum in order to rattle off three important wins. After the victory over South Carolina, senior guard Kenny Gaines called their style of play desperate. Mark Fox went on to say he didn’t want his players to use that term. Gaines further elaborated on his statement.

“Coach Fox hates when we use the word desperate. But I feel like this is how we’ve been playing, as a desperate team, trying to fight to where we want to go,” the senior guard told a group of media after arriving in Nashville on Wednesday. “Ever since that second half at Auburn, we’ve played with a different chip on our shoulder, we’ve played with a little bit more confidence.”

Even though such a bold term may not be appropriate, the change in the style of play is evident. Quite frankly, in order for Georgia to reach their goal of hearing their name called on Sunday, that must continue. The Dawgs had the opportunity to regroup after the embarrassing loss, and they have played with a unique fire in which we had not seen this season.

If Georgia chooses to play relentlessly, they will have the necessary advantages to conquer the challenge that is Mississippi State and live to see another day.

Mark Fox has emphasized the importance of rebounding after the team struggled earlier in the season. Lately, Georgia has made that a priority, which was shown by nearly doubling Alabama’s totals on the glass last Saturday. In yet another area, Georgia will not be able to find success unless they continue their physicality on the glass.

Mississippi State struggles to win if they are outrebounded, and they matchup quite nicely with Georgia. Gavin Ware and Craig Sword play key roles down low, and despite being smaller in stature than Yante Maten and Derek Ogbeide, they possess the necessary type of physical play. With that said, if Georgia can develop that extra push and outrebound their Bulldog foes, they will have a greater chance of advancing.

Georgia has defended very well lately against teams who run their offense through one or two highly-skilled players. They will face a different type of test in Mississippi State, as they have four guys who can produce in a significant way offensively.

Therefore, if Georgia can be on point with their matchups and schemes, limiting Mississippi State’s shooting percentage to under 40%, their chances of advancing are greatly enhanced.