Georgia defeats Tennessee 59-57 in 2nd round of SEC Tournament

Georgia defeats Tennessee 59-57 in 2nd round of SEC Tournament 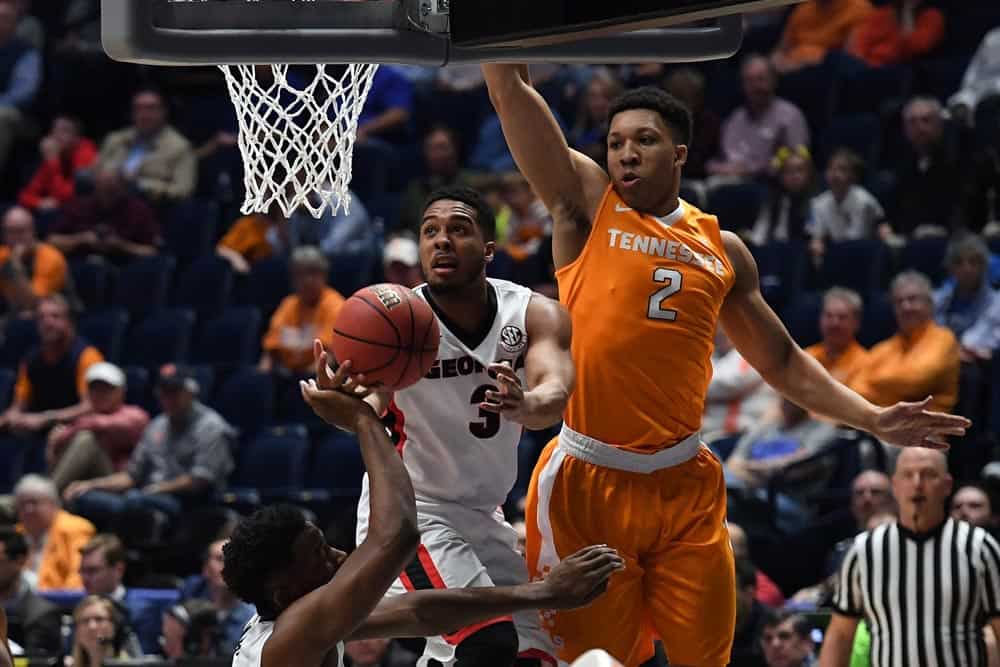 The Georgia Bulldogs hung on to a late lead to defeat the Tennessee Volunteers 59-57 in the second round of the 2017 SEC Tournament.

With 1:36 left to play in the game, Georgia’s J.J. Frazier hit two free-throws to extend their lead to 59-56. The Volunteers were then only able to score one point on free-throw the rest of the way.

“If you’re not in rhythm,” Georgia head coach Mark Fox said, “it’s not going to be nearly as good enough a look, and we felt like they weren’t in rhythm. We were able to count on our defense late in the game to come up with a stop.”

Frazier recorded his first double-double of the season, finishing with 17 points and a season-high 10 rebounds.

“I was a little unsure how we would go from playing how we did the last few weeks to how we did three weeks ago [before Maten got hurt],” Fox said. “We turned the ball over way too much, and hopefully tomorrow we will do a little better in that area.”

The win sends Georgia to the quarterfinal round to take on No. 1 seed Kentucky on Friday, March 10 at 1:00pm ET. The game will be televised by the SEC Network.

The Bulldogs fell to Kentucky in both of their meetings this season. On Jan. 31, Georgia took Kentucky to overtime in Lexington but fell 90-81. Then in Athens on Feb. 19, the Wildcats prevailed 82-77.

A win tomorrow would boost Georgia’s slim chance of making the 2017 NCAA Tournament. The Bulldogs likely need to make it to the championship game on Sunday and possibly even win that for the automatic bid.