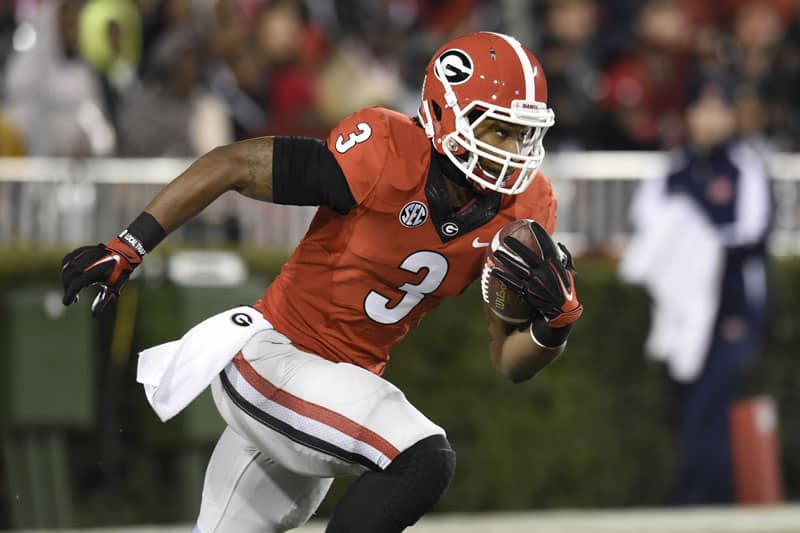 Although Todd Gurley has one more season of eligibility left and a torn ACL, head coach Mark Richt expects him to declare for the 2015 NFL Draft.

Last night on his weekly radio call-in show, Richt indicated Gurley would be a top pick in “this” draft despite his injury.

“I believe he’ll still be a very high draft pick in this draft” Richt said.

Gurley was suspended by UGA on Oct. 9 after they became aware that he may have accepted money in exchange for signing autographs. The NCAA later announced he was suspended for four games for receiving over $3,000.

In his first game back after the suspension, Gurley rushed 29 times for 138 yards and a touchdown before tearing his ACL in the fourth quarter.