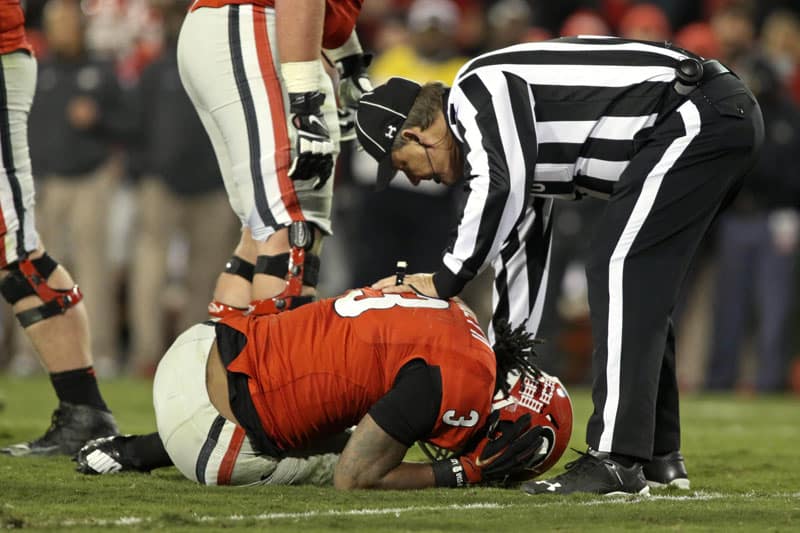 UGA has officially announced that Todd Gurley tore his ACL in the fourth quarter of the game against Auburn. An MRI on his knee was conducted today.

Reports of the ACL tear came earlier today. Below is the official statement from UGA:

The injury occurred in the fourth quarter of Saturday’s victory over Auburn. A surgery date has not yet been determined according to UGA Director of Sports Medicine Ron Courson.

Gurley’s season is finished and his career at UGA is likely over. That is, unless he decides to rehab in Athens, redshirt, and play in 2016. But that’s highly unlikely.

He was already likely to enter the NFL Draft next season, but the knee injury will likely cause him to drop.

Barring a return, Gurley will finish his career at UGA as the Bulldogs’ second-leading rusher all-time behind Herschel Walker.