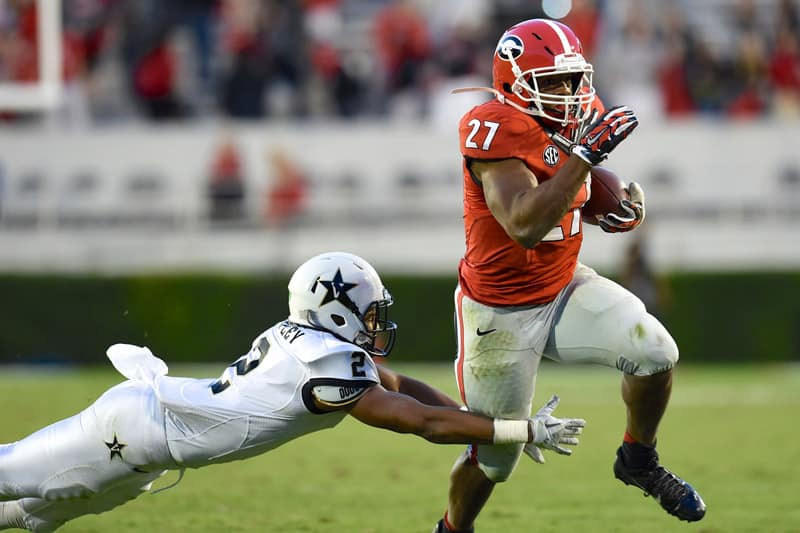 UGA freshman running back Nick Chubb has been added to the Maxwell Award Watch List, according to an announcement this morning.

Georgia freshman RB Nick Chubb has been added to the Maxwell Award watch list for top player in college football.

Todd Gurley was named to the original watch list back in July. The Maxwell Award is presented to the college football player of the year by the Maxwell Football Club.

On Friday, Mar. 6, 2015, the award will formally be presented at their annual banquet in Atlantic City, NJ.

Last week, Chubb was named the Maxwell Award Player of the Week for his performance at Arkansas. Starting his second game in place of Todd Gurley, Chubb rushed 30 times for a career-high 202 yards (6.7 avg.) and a career-high two touchdowns.

Chubb, a native of Cedartown, Georgia, is second in rushing for the Bulldogs this season. In seven games played, he has rushed 99 times for 569 yards and five touchdowns.

If Todd Gurley is not reinstated this week, Nick Chubb will start vs. Florida on Saturday in Jacksonville (3:30pm ET, CBS).