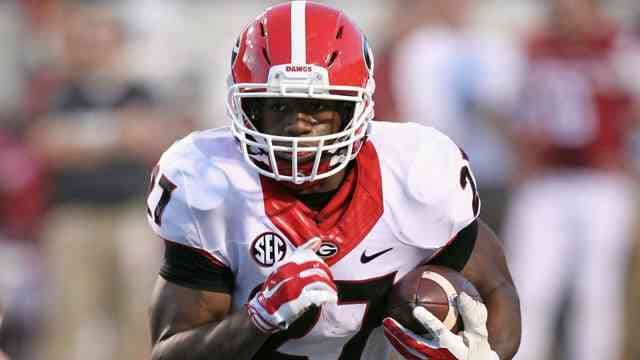 UGA tailback Nick Chubb has been named the Maxwell Award Player of the Week, according to an announcement by the Maxwell Football Club.

Starting his second game in place of Todd Gurley, Chubb rushed 30 times for a career-high 202 yards (6.7 avg.) and a career-high two touchdowns.

Chubb, a true freshman from Cedartown, GA, is the first true freshman to reach 200 yards rushing for UGA since Rodney Hampton in 1987.

In the past two games at Missouri and at Arkansas, Chubb has rushed for 345 yards and three touchdowns.

Chubb, and possibly a reinstated Todd Gurley, will lead the No. 9 Georgia Bulldogs against the rival Florida Gators next Saturday, Nov. 1 in Jacksonville, FL (3:30pm ET, CBS).