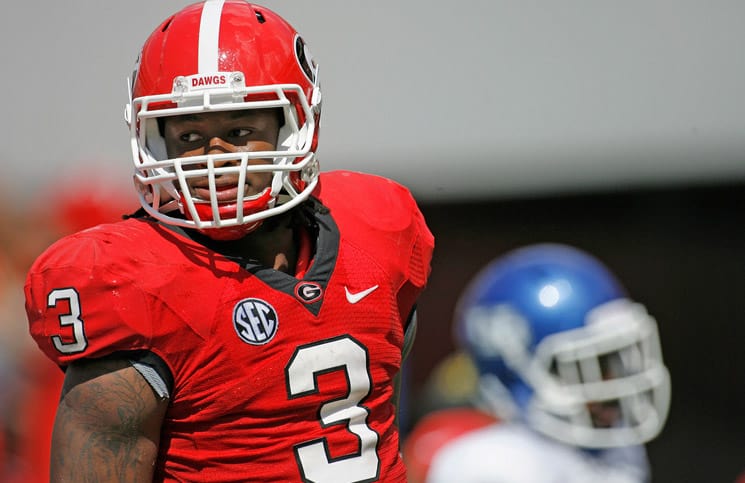 It’s now late-afternoon on Monday and we still don’t know if UGA running back Todd Gurley will play on Saturday against Florida in Jacksonville.

Gurley was suspended indefinitely on Oct. 9 amid allegations that he accepted compensation for autographing merchandise for Bryan Allen, a former sports memorabilia dealer.

On Wednesday, Oct. 22, UGA issued a statement that they planned to “…file the necessary paperwork with the NCAA later today.” The release also stated that the school “hopes for and expects a prompt ruling.”

So how long does it take the NCAA to review and make a decision on a student-athlete reinstatement request? Based on the NCAA Policies and Procedures for the Committee on Student-Athlete Reinstatement, it takes a minimum of 48 hours:

According to the Frequently Asked Questions on the NCAA’s website, reinstatement requests are usually completed in approximately one week.

Q.  How long does the reinstatement process take?

A.  The length of time it takes to process a reinstatement request varies greatly based on the complexity of the case. Often a reinstatement request that involves serious and/or complex violations of NCAA regulations will require extensive follow-up. Once all information is submitted via RSRO and the facts of the case are complete, it takes approximately a week for the staff to render an initial decision that is communicated to the institution through RSRO.  The staff, also is very aware of competition dates and strives to render decisions prior to the next date of competition, whenever possible.
[Source]

Taking the above into account, the NCAA may not have initiated their review of Todd Gurley’s reinstatement request until today because Georgia was off on Saturday.

During the 2010-11 academic calender, the NCAA reports they completed approximately 1,850 requests, which is around 7.5 per day (minus weekends and holidays). So they do have other cases to review.

Also based on the above, if the NCAA doesn’t complete their review by 3:30pm ET on Thursday, they may not render a decision this week which would mean Gurley missing another game.

On behalf of Dawg Nation, GATD NCAA!! (Get After That Document)