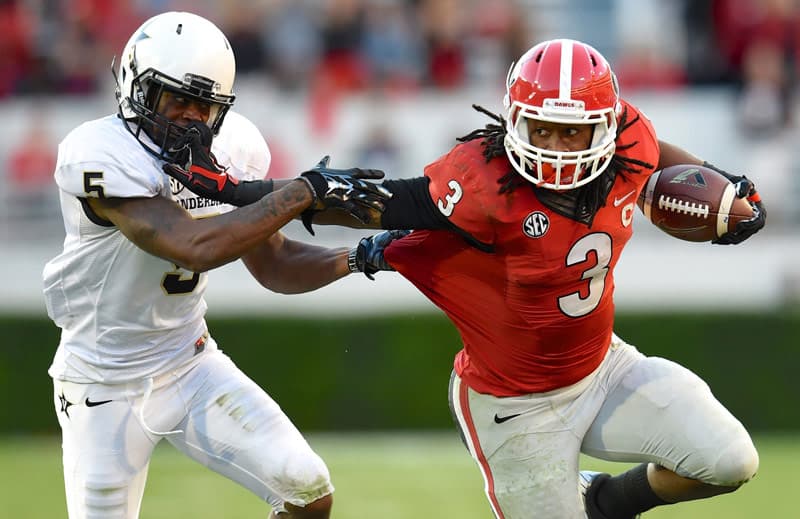 Membership committee upholds Todd Gurley suspension upon appeal. He will be eligible to play Nov. 15.

UGA and the Dawg Nation held slim hopes of the appeal being successful, but in the end it turned out how most expected.

“We are very disappointed in tonight’s decision by the Division I Student-Athlete Reinstatement Committee regarding our appeal on Todd Gurley’s eligibility reinstatement. We believe our case to the NCAA for Todd’s immediate reinstatement was strong and compelling. However, we now have exhausted all available options and look forward to Todd’s return to competition on November 15. The full attention of the Bulldog Nation now needs to be focused on our team and Saturday’s important game against Florida.”

The result means that Todd Gurley will not be able to play for the Bulldogs again until their Nov. 15 home game against the Auburn Tigers. By that time, Gurley will have not played in six weeks and missed games against Missouri, Arkansas, Kentucky, and Florida.

Gurley was suspended indefinitely on Oct. 9 by UGA for an alleged NCAA rules violation. It was then learned that Gurley had been accused of accepting money for autographs by a memorabilia dealer and that dealer had been shopping the story to various outlets. ESPN later named the memorabilia dealer as Bryan Allen.

The NCAA announced the four-game suspension on Wednesday, Oct. 29. In their statement, they said Todd Gurley had accepted “more than $3,000 in cash from multiple individuals for autographed memorabilia and other items over two years.” Gurley’s punishment was 30% of the season (four games) and 40 hours of community service.

With the appeal denied, the Bulldogs can now move on and focus on their next game, the Florida Gators in Jacksonville. The game will be televised by CBS at 3:30pm ET.