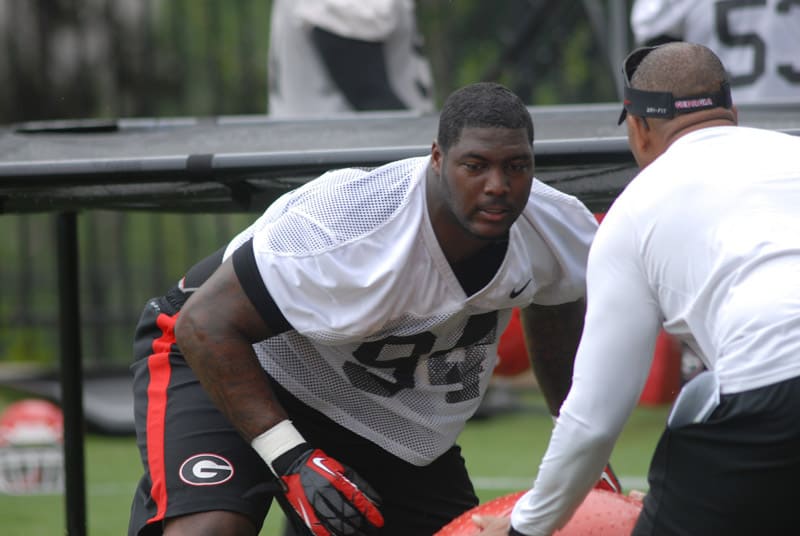 UGA defensive lineman Jonathan Taylor has been dismissed from the football team as a result of his Tuesday morning arrest for aggravated assault/family violence, UGA has announced in a release.

Tuesday’s incident was the second arrest for Jonathan Taylor this year. He was one of four Bulldogs arrested in March on Theft by Deception charges. In that infraction, the players were alleged to have “double-dipped” their student stipend checks by attempting to deposit them twice.

Defensive end James DeLoach is the only player remaining on the team from that case. Uriah LeMay transferred, while Tray Matthews was dismissed by head coach Mark Richt.