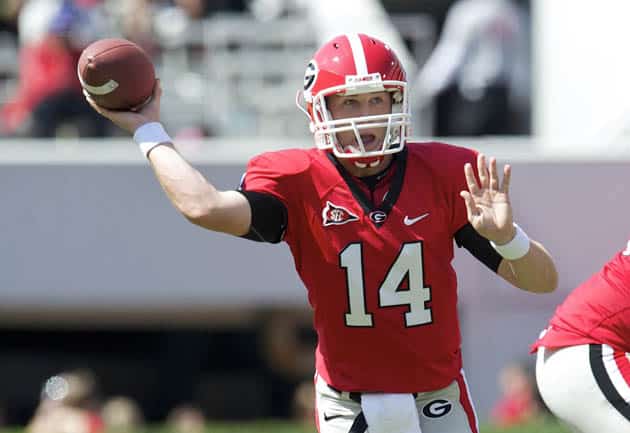 Note: See this post for the most current information on G-Day 2014.

The 2014 Georgia Bulldogs G-Day Spring football game will be held on Saturday, April 12. Kickoff is set for 1pm ET and the game will be broadcast by CSS and ESPN3 (subject to blackout).

The Masters Golf Tournament will be held April 11-14, so this will be the first time since 2010 that G-Day and the Masters are on the same weekend.

Georgia opens the 2014 season at home against the Clemson Tigers on Saturday, Aug. 30. The Dawgs get the next weekend off before opening SEC play at South Carolina on Sept. 13.

With Aaron Murray set to depart UGA after this season, Hutson Mason will likely be the starter for the Dawgs next year. Mason, who redshirted last season, will be a senior in 2014.

Brice Ramsey, Christian LeMay, and Faton Bauta will compete for the backup spot and some playing time. 2014 commitment Jacob Park will also be on the roster.

A bright spot for the Georgia offense will be the return of running backs Todd Gurley and Keith Marshall. Both backs will be juniors in 2014.