2013 Georgia G-Day Spring Game to be televised by CSS

2013 Georgia G-Day Spring Game to be televised by CSS 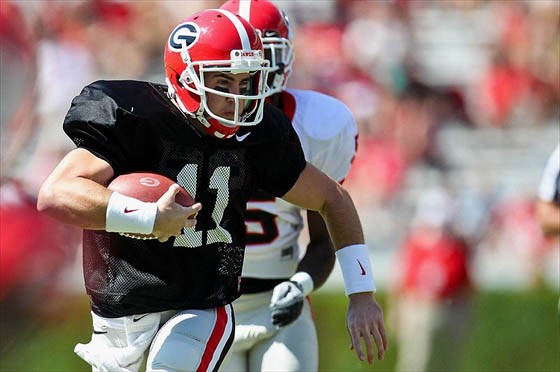 The 2013 G-Gay game will be televised by CSS. Daniel Shirey-USA TODAY Sports

The 2013 Georgia Bulldogs G-Day Spring Game will be televised live on CSS at 1 p.m. on Saturday, April 6. It could also appear on ESPN3, though that has yet to be announced.

Georgia’s Spring game will be played the same day as the NCAA Final Four in Atlanta, but will avoid The 2013 Masters which begins on Thursday, April 11.

The Bulldogs kick off Spring practice on Saturday, March 2. Georgia will practice a total of 15 times which culminates with the G-Day game. The annual Spring game pits the Red vs. Black and counts as one of the 15 practices under NCAA rules.