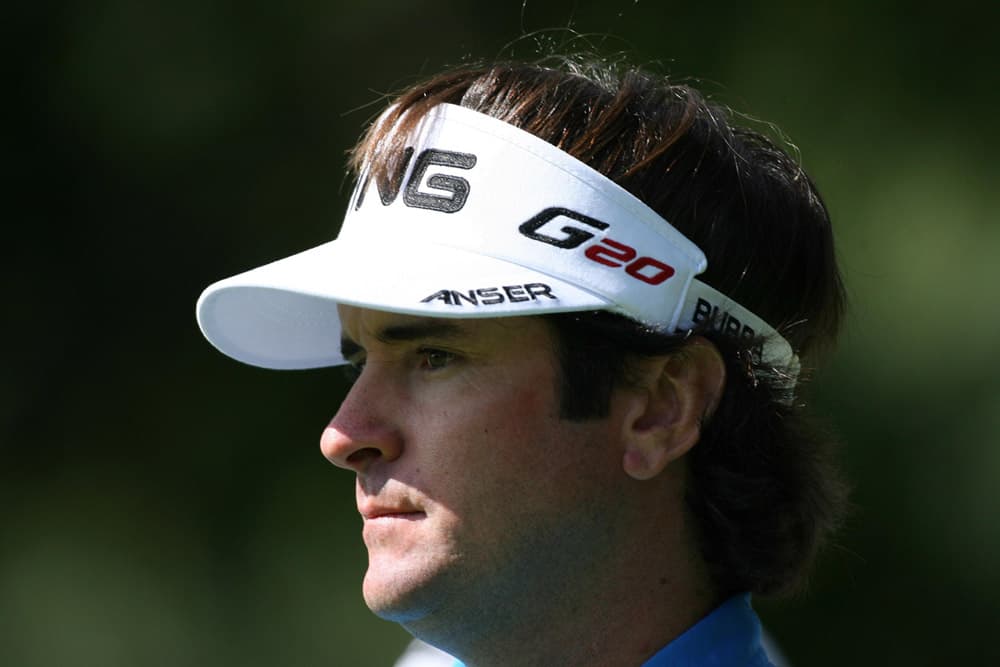 Bubba Watson, a former UGA golfer, won the 2012 Masters Tournament yesterday. He is the first ever Georgia Bulldog to claim a major golf title.

Watson shot a final-round 4-under-par 68 and finished the tournament at 10-under. Also finishing at 10-under was South African Louis Oosthuizen.

On the first hole of the sudden-death playoff, both Watson and Oosthuizen parred the 465-yard, par 4 18th. The two then continued their battle for The Green Jacket on no. 10, a 495-yard par 4.

Watson teed off first and sent his drive way right into the trees. Oosthuizen followed that up with a wayward drive of his own that eventually landed in the second cut of rough along the right side of the fairway. Oosthuizen hit his second shot first and landed short of the green.

Then it was Bubba’s turn. The left-hander hit a miraculous shot out of the woods that hooked about 40 feet to the right and landed on the green.

Oosthuizen chipped passed the hole on his third shot, missed his par putt, and then recorded a bogey on the hole. Watson hit his birdie putt to within a foot of the hole and then, after motioning for the crowd to calm down, sank the putt to win the Masters.

Bubba Watson claimed not only the Masters title and the Green Jacket, he walked away with a cool $1.44 million. He also earned an invite to the other three majors (the U.S. Open, the British Open, and the PGA Championship) for the next five years, a lifetime invitation to the Masters, membership on the PGA Tour for the next five seasons and invitations to The Players Championship for five years.