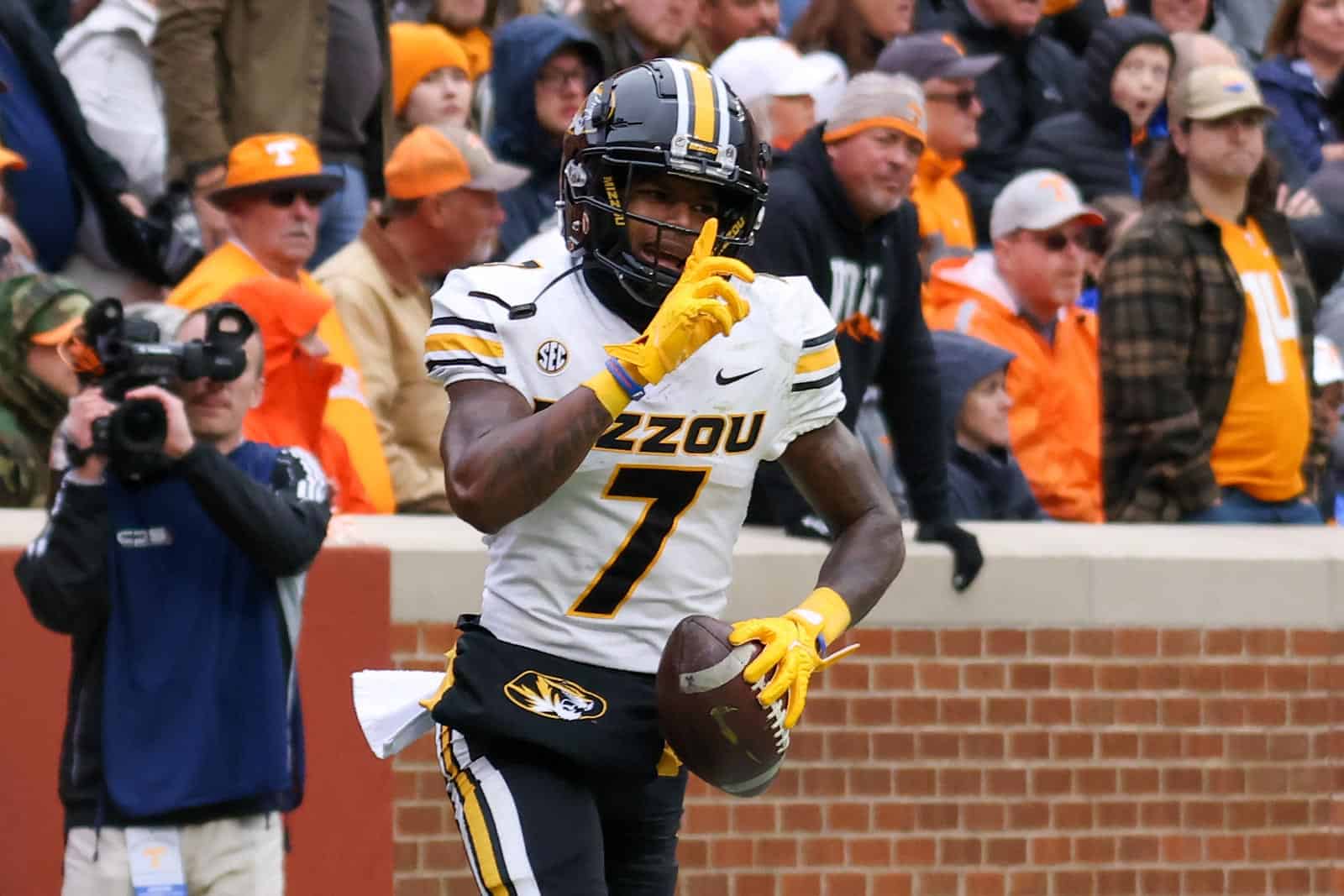 Missouri Tigers wide receiver Dominic Lovett will transfer to UGA for the 2023 season, it was announced on Thursday.

🚨BREAKING🚨
The No. 3 receiver in the SEC, Missouri's Dominic Lovett, has committed to #Georgia out of the transfer portal.

With the previous addition of RaRa Thomas, #UGA has landed two SEC receivers who made 100 catches this past year.

As a sophomore in 2022, Dominic Lovett caught 56 passes for 846 yards and three touchdowns. Lovett averaged 15.1 yards per reception during 2022 after averaging 6.7 during his freshman season.

Lovett (5-10, 187) will have two seasons of eligibility remaining in Athens.

Earlier on Thursday, Georgia picked up another SEC transfer wide receiver when Mississippi State’s Rara Thomas announced he was joining Kirby Smart and the Georgia Bulldogs.

The Bulldogs will also add wideouts Anthony Evans III, A.J. Harris, Yazeed Haynes, and Tyler Williams, who each signed with UGA on Wednesday.