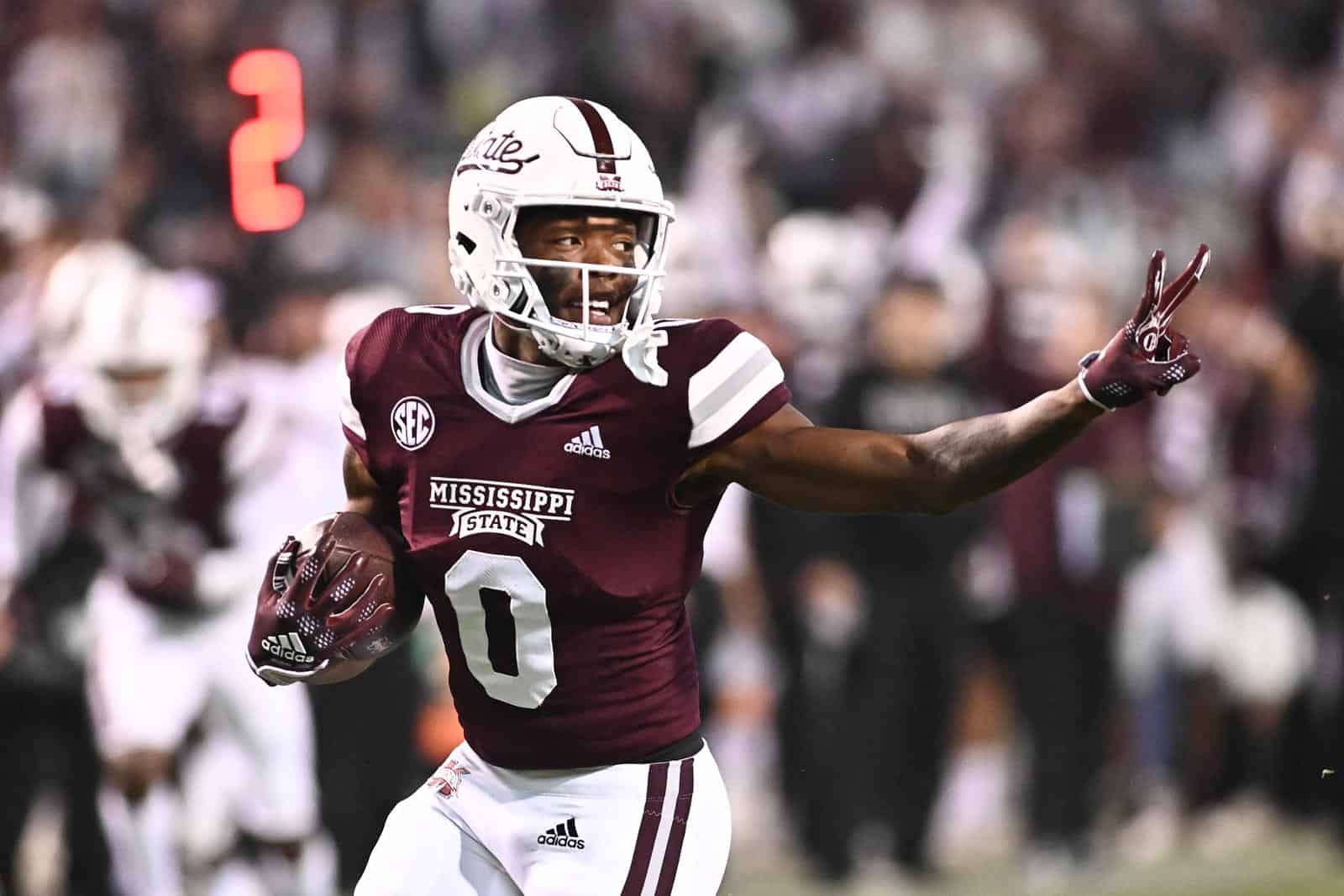 As a sophomore in 2022, Rara Thomas caught 44 passes for 626 yards and seven touchdowns. Thomas averaged 14.2 yards per reception during his two-year career in Starkville.

Thomas, who stands 6-foot-2, hails from Eufala, Ala. Out of high school he held scholarship offers from South Carolina and a few FCS programs.

As a Georgia Bulldog, Rara Thomas will have two seasons of eligibility remaining plus a redshirt year.