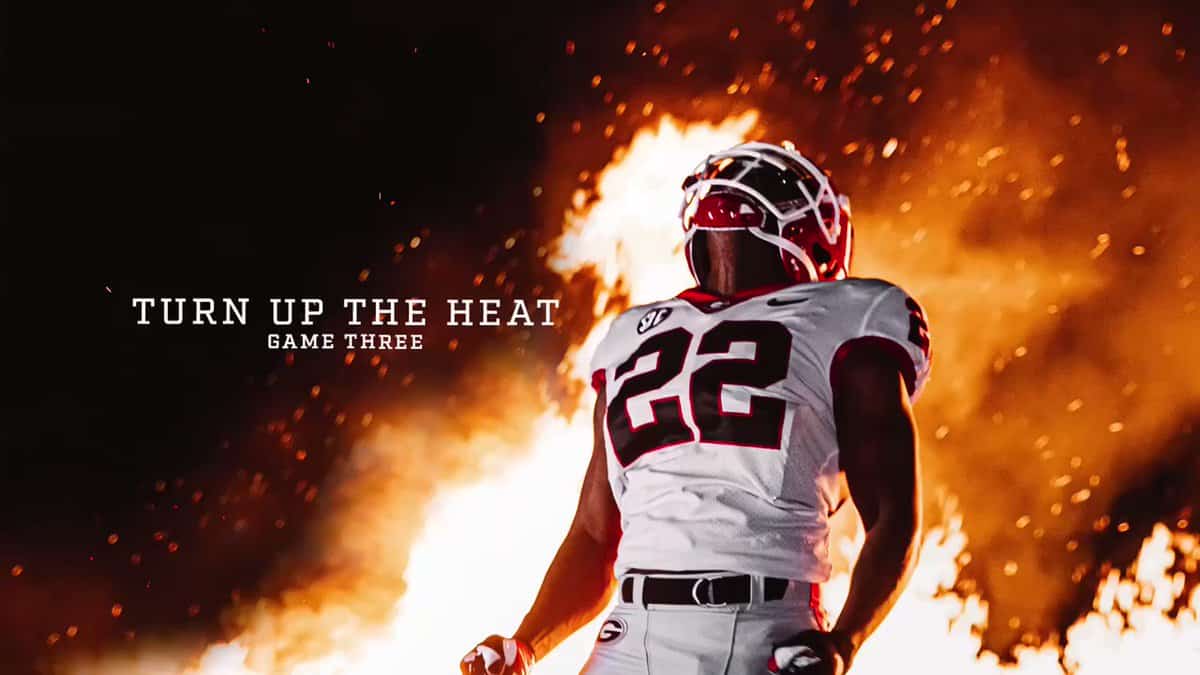 The No. 1 Georgia Bulldogs are set to open SEC action in 2022 on the road against the South Carolina Gamecocks on Saturday, Sept. 17 at Williams-Brice Stadium in Columbia, S.C. (Buy Tickets).

The game is set for noon ET and it will be televised by ESPN. Sean McDonough will call the play-by-play, Todd Blackledge will provide analysis, while Molly McGrath will report from the sidelines.

UGA football has released a trailer for the 2022 Georgia-South Carolina game titled “Turn Up the Heat” and it is voiced by current Bulldog running back Kenny McIntosh. Check out the video below. Go Dawgs!