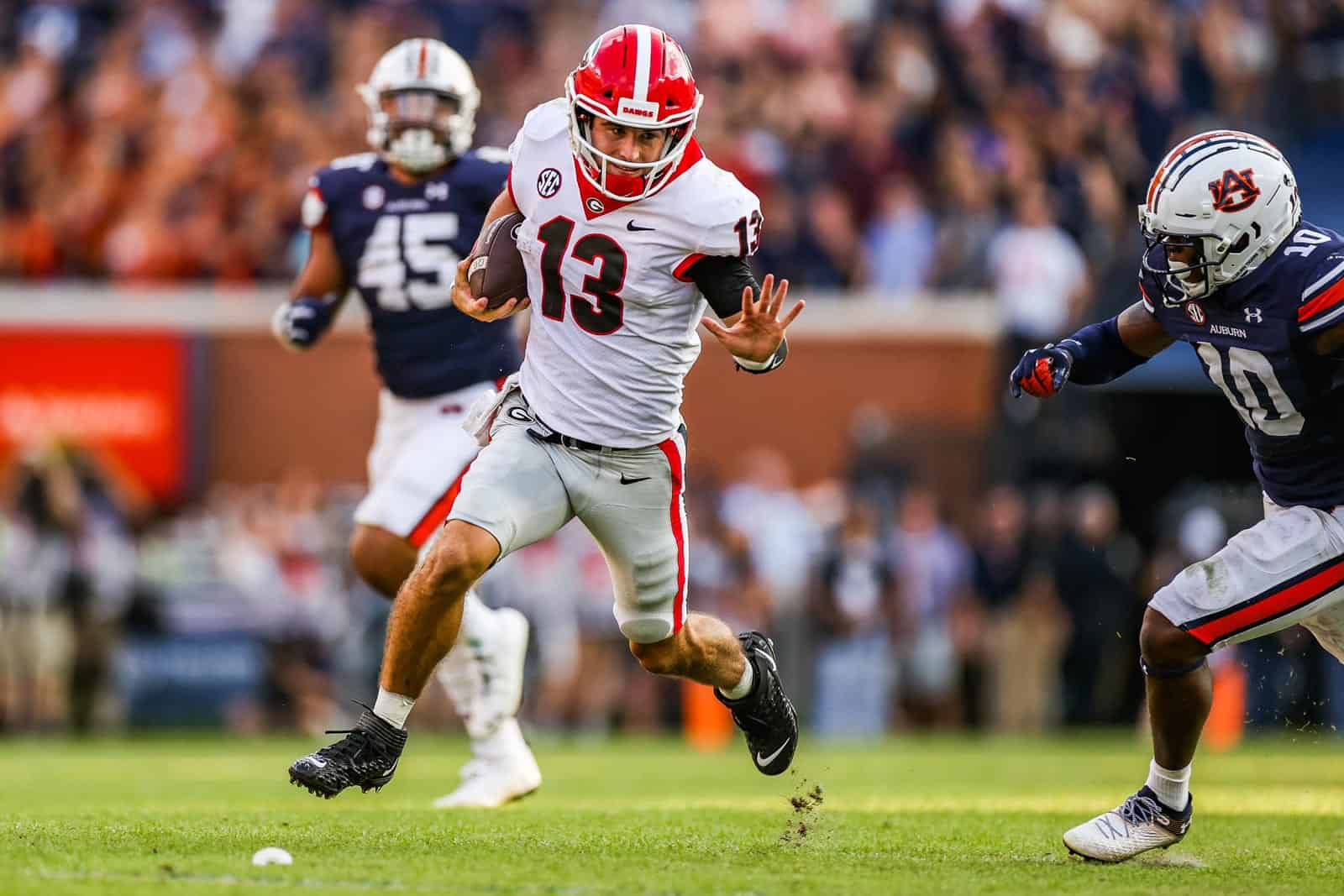 The UGA football game at home against the Auburn Tigers on Saturday, October 8 will be televised by CBS at 3:30pm ET, the SEC has announced.

Georgia-Auburn tickets are available from our partner StubHub. The get-in price is currently around $180 plus fees.

The Bulldogs and Tigers met last season at Jordan-Hare Stadium in Auburn, Ala., with the Bulldogs coming out on top in convincing fashion, 34-10. Georgia has defeated Auburn in eight of their last nine meetings and the Bulldogs currently hold a six-game lead in the overall series, 62-56-8.

The Bulldogs and Tigers first met on the gridiron in 1892 in a matchup that is dubbed the Deep South’s Oldest Rivalry. The game has been played every season from 1944 through 2021.

This will be Georgia’s first appearance on CBS this season. The Bulldogs have appeared on ABC (Oregon), SEC Network (UAB), ESPN (South Carolina), and SECN+/ESPN+ (Kent State) once each during the 2022 campaign. Georgia will face Missouri in Columbia, Mo., this weekend on the SEC Network and the game will kickoff at 7:30pm ET.

Kickoff and television for the Georgia-Florida game in Jacksonville, Fla., on Saturday, Oct. 29 is already set for 3:30pm ET on CBS (Buy Tickets).