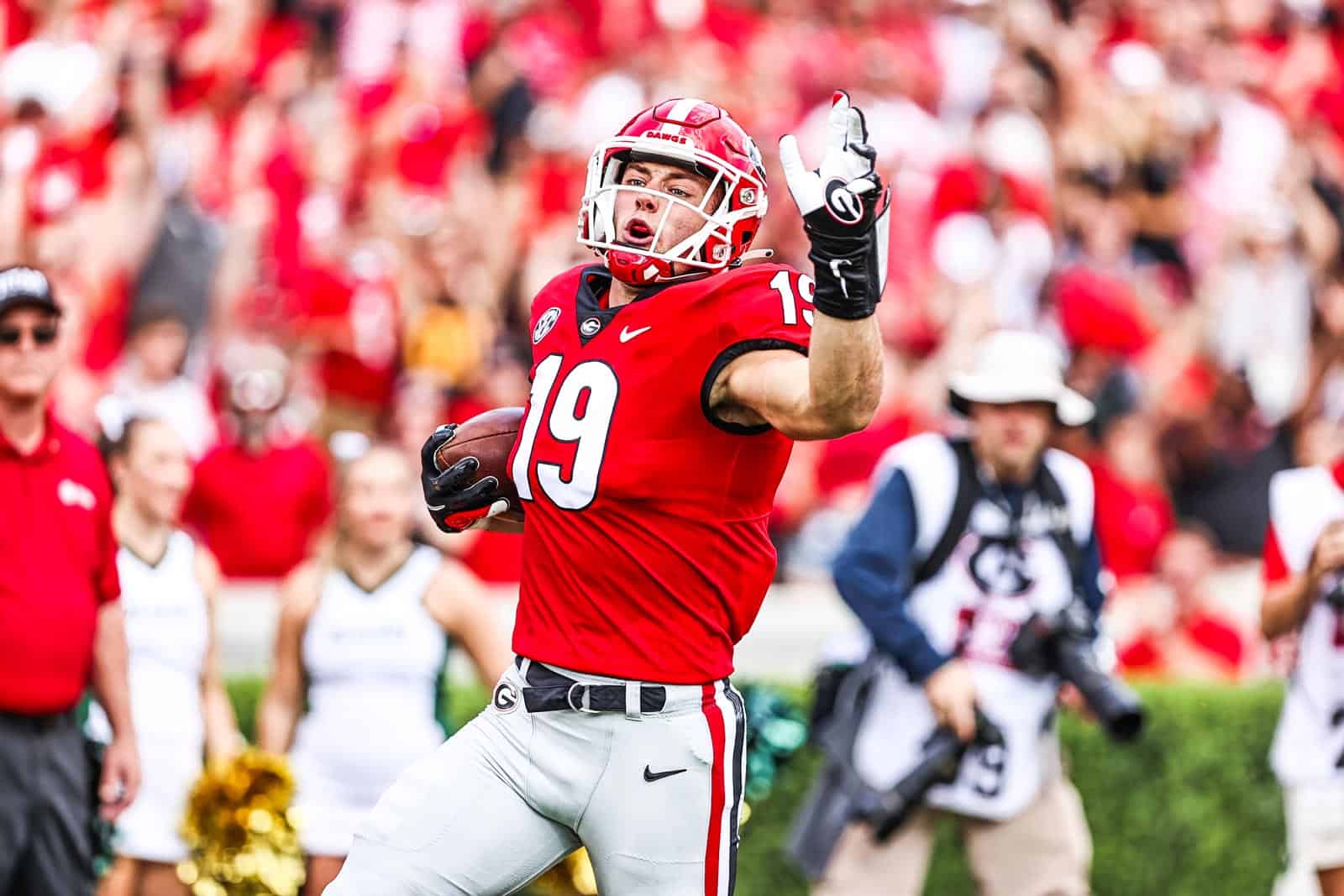 UGA football true freshman Brock Bowers has been named the SEC Freshman of the Year by the league’s coaches and the Associated Press (AP), it was announced on Wednesday.

Bowers, a native of Napa, Calif., has 11 touchdown receptions this season, the most of any tight end in the SEC. He leads the Bulldogs in receiving this season with 47 receptions for 791 yards. Bowers also set a new record at UGA for receiving yards in a season by a tight end.

In the SEC Championship Game loss to Alabama, Brock Bowers led the Bulldogs with 10 receptions for 139 yards, both season highs.

Brock Bowers was one of eight semifinalists for the John Mackey Award, which goes annually to the best tight end in the country. Bowers is also a semifinalist for the Shaun Alexander Freshman of the Year Award.

No. 3 Georgia is set to face the No. 2 Michigan Wolverines in the College Football Playoff Semifinal at the Capital One Orange Bowl at Hard Rock Stadium in Miami Gardens, Fla., on Friday, Dec. 31, 2021 The game will be televised by ESPN at 7:30pm ET (Buy Tickets).