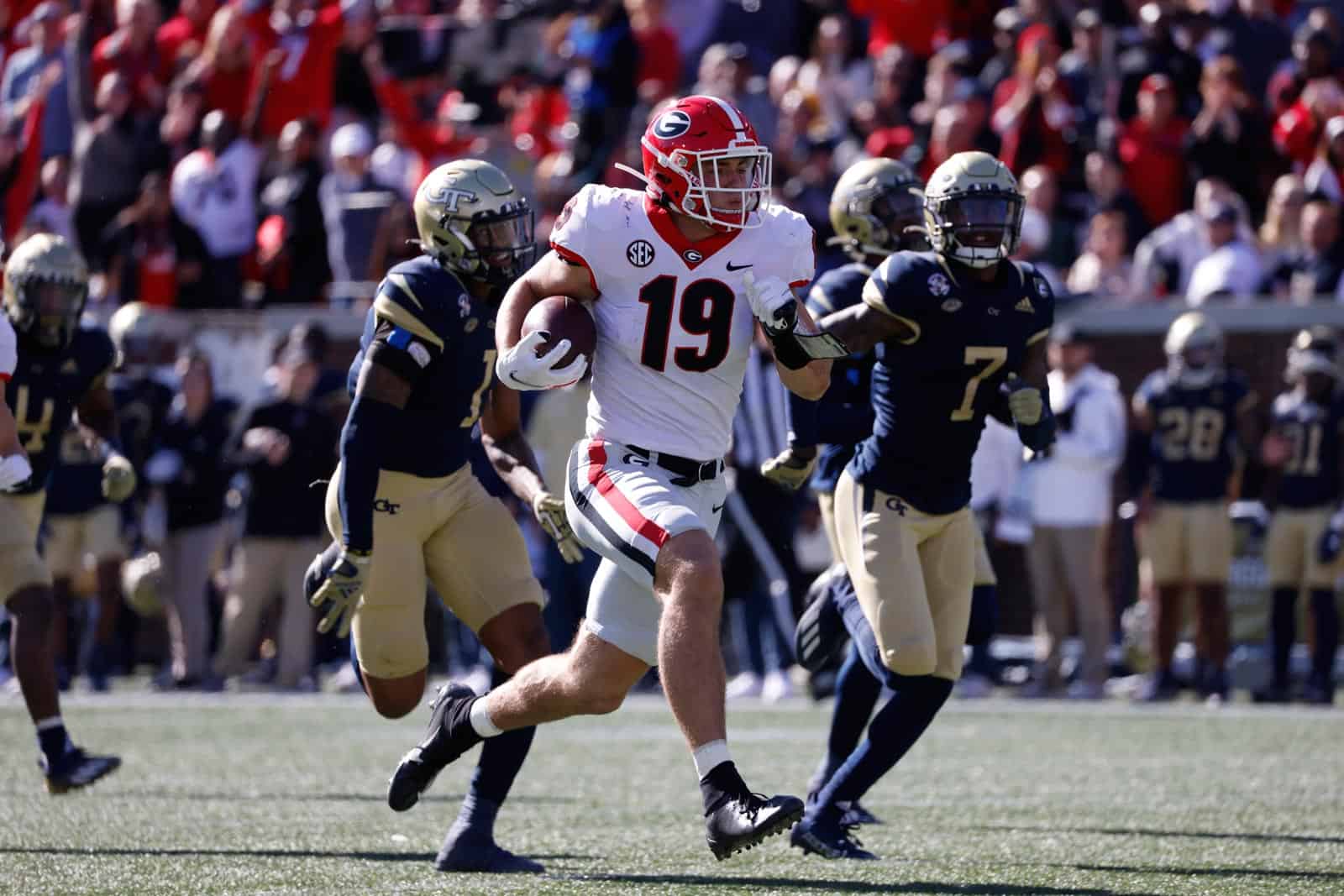 ATHENS, Ga. – University of Georgia true freshman tight end Brock Bowers and redshirt freshman defensive back Kelee Ringo have been named two of 14 semifinalists for the Shaun Alexander Freshman of the Year Award, presented by the Maxwell Football Club to the outstanding freshman player in college football.

Georgia is one of two schools with multiple semifinalists, with Ohio State earning three. Bowers is the only tight end to earn honors, while Ringo is one of four secondary players to be recognized.

Bowers has immediately become one of the most explosive offensive players in the country during his first season in Athens, tallying 10 receiving touchdowns, the most of any Southeastern Conference tight end. The Napa, Calif., native has hauled in 37 receptions for 652 yards, ranking first on the team in both marks and setting a new program record for single-season receiving yards by a tight end. After opening his career with a team-high six catches against Clemson, he racked up over 100 yards receiving against UAB, Kentucky and Georgia Tech, earning SEC Freshman of the Week honors twice. Bowers was previously named a semifinalist for the John Mackey Award, presented to the nation’s top tight end.

Ringo has become a key contributor to the Georgia secondary after redshirting the 2020 season, playing in all 12 games this season and starting the past nine. The Tacoma, Wash., native played every snap of the Bulldogs’ wins over Tennessee and Kentucky, posting seven tackles and a sack in the victory against the Wildcats. Ringo also tallied five tackles against Florida and grabbed an interception against UAB. For the season, he has amassed 22 tackles and seven pass breakups, ranking third on the team in the latter.

The Shaun Alexander Award has been presented since 2018 and is named for the former Alabama and Seattle Seahawks running back. Three finalists for the award will be named on Dec. 21, with the winner being announced Jan. 10, 2022. The award will be formally presented to the winner at the Maxwell Football Club Awards Gala on March 18, 2022, in Atlantic City, N.J.