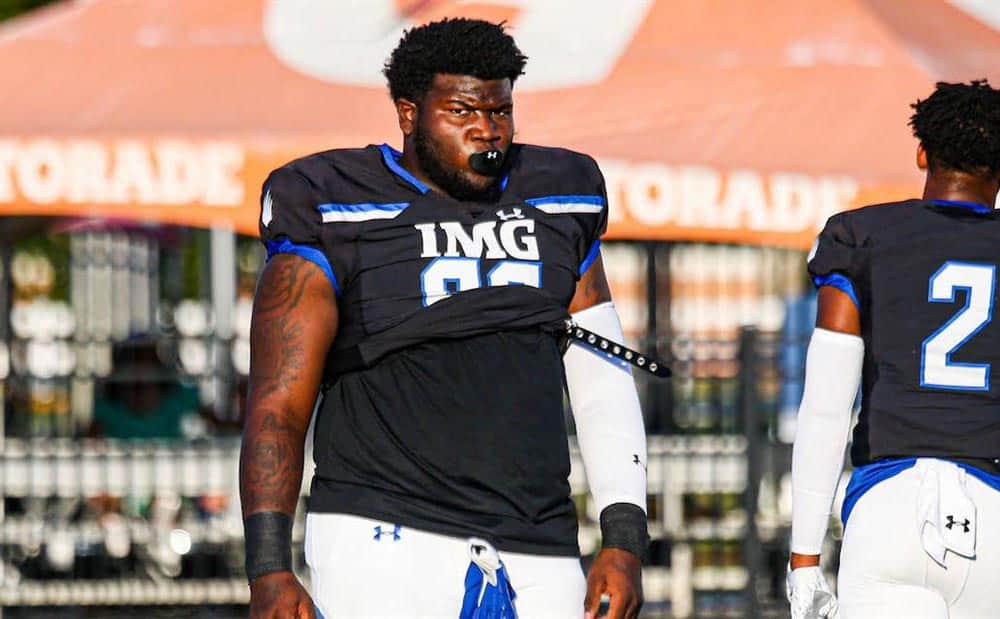 Keithian “Bear” Alexander, a five-star defensive tackle from Bradenton, Fla., has recommitted to UGA football for the 2022 class.

Bear Alexander originally committed to Kirby Smart and the Georgia Bulldogs on Wednesday, Feb. 3. Then on June 7, he decommitted from the Bulldogs and reopened his recruitment.

On Thursday, Bear Alexander announced he was again choosing to commit to Georgia over Texas A&M.

“Bulldawg Nation I’m coming home No interviews please, I want to enjoy this moment, with my family and focus on my season #1000%committed,” Alexander tweeted.

In the 247Sports Composite, Bear Alexander is listed as a five-star recruit, the No. 6 defensive lineman, and the No. 39 overall recruit in the country for 2022.

Rivals.com also rates Alexander as a five-star recruit, the No. 3 defensive tackle, and the N0. 10 overall recruit for the 2022 class.