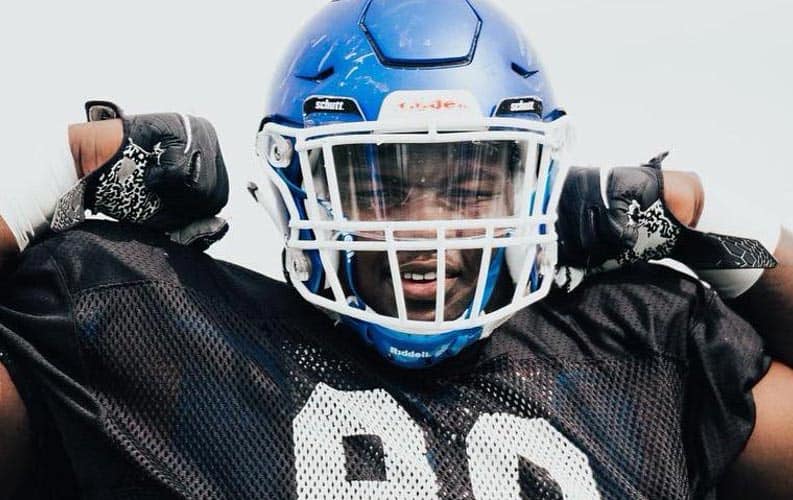 Bear Alexander, a 2022 five-star defensive tackle from Fort Worth, Texas, has decommitted from the Georgia Bulldogs.

Bear Alexander (6-3, 325) plays for Brewer High School. He committed to the Georgia Bulldogs in February.

Kirby Smart and the Bulldogs will certainly try to land Alexander’s commitment again, but they will have to compete with Texas A&M, Alabama, Miami, and others.

Georgia is now down to 12 total commitments for the 2022 recruiting class. The Bulldogs’ class remains the top-ranked class in the country ahead of Ohio State, LSU, and Notre Dame, per the 247Sports class rankings.