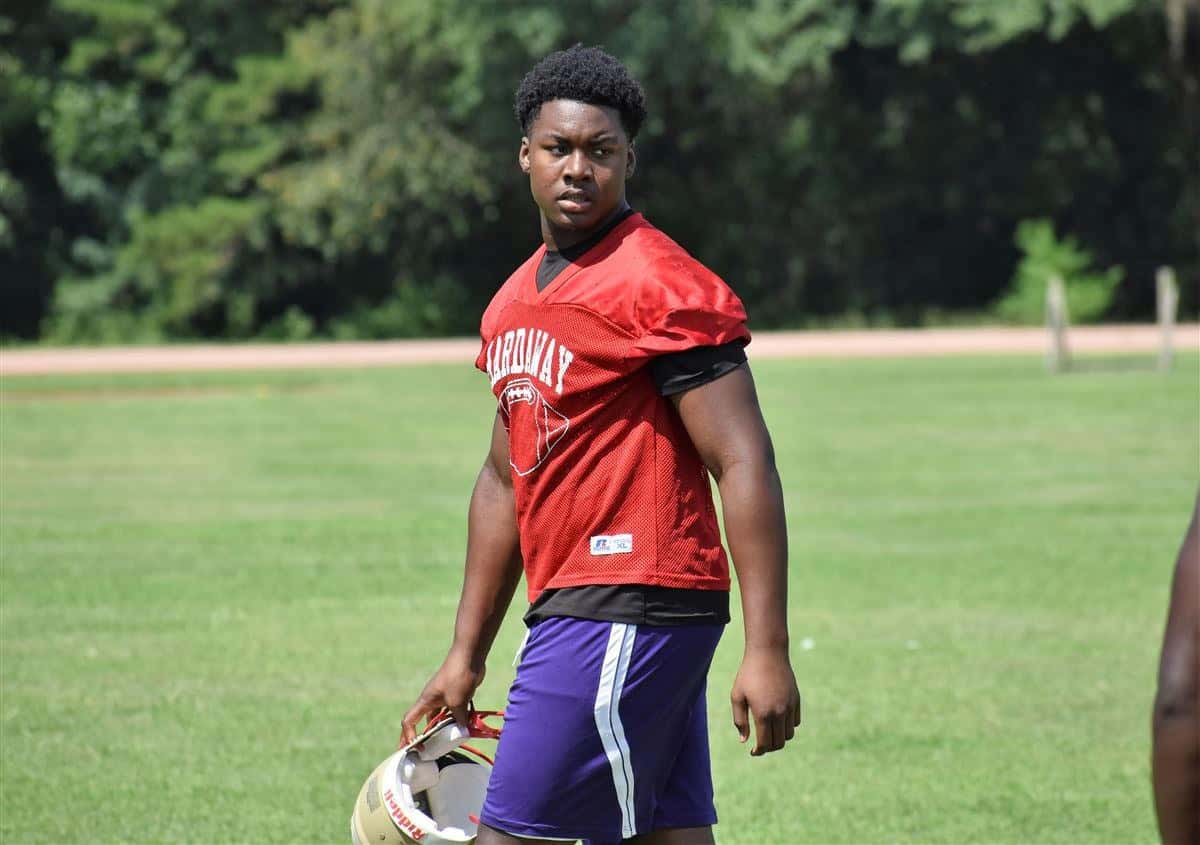 Mykel Williams, a five-star defensive lineman from Columbus, Ga., has committed to UGA football for the class of 2022.

Williams currently plays for Hardaway High School in Columbus. He was previously committed to the USC Trojans, but he flipped his commitment to Kirby Smart and the Georgia Bulldogs on Wednesday.

In the 247Sports Composite, Williams is rated as a five-star recruit, the No. 5 defensive lineman, and the No. 22 overall recruit in the country for 2022.

Rivals.com also rates Mykel Williams as a five-star recruit, the No. 2 strongside defensive end, and the No. 27 overall recruit in 2022.

With the addition of Williams, the Georgia Bulldogs now have 20 commitments for the class of 2022. UGA’s class has now moved into second place in the 247Sports Team Rankings behind the Alabama Crimson Tide (17 commits).