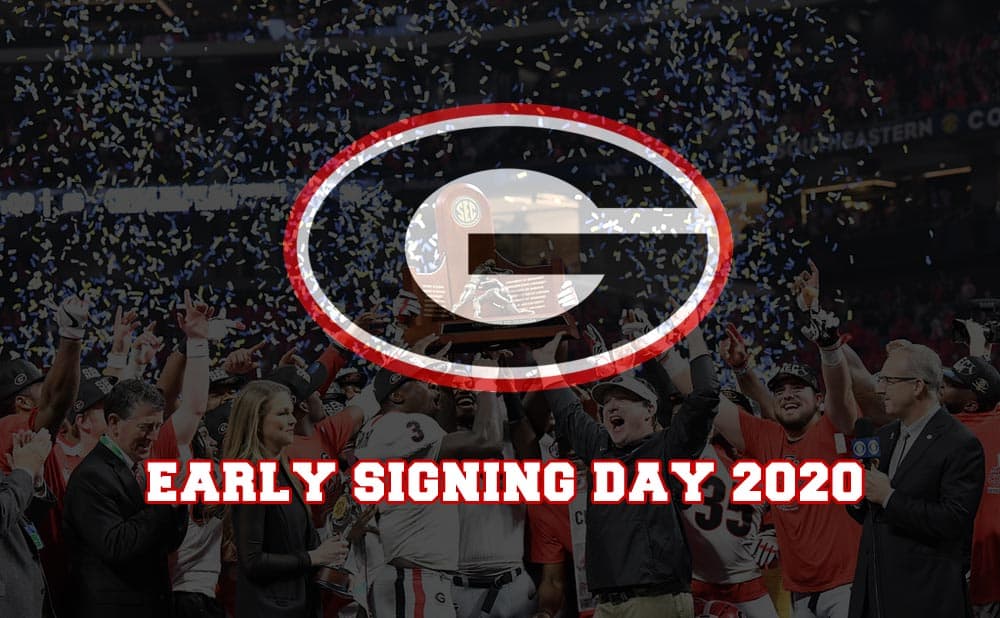 Below are details on Georgia’s 2020 football recruiting class. This data will be updated often (last updated: Dec. 18 at 5:55pm ET):

Several recruits that are committed to UGA are expected to sign on Wednesday, while others remain to be announced. Below is the list (all times ET):

The following UGA commitments are expected to sign on the regular signing day on Wednesday, Feb. 5, 2020:

7:46am – 3-star OL Devin Willock has signed with the Bulldogs.

8:07am – 4-star DL Warren Brinson has signed his letter of intent with UGA.

8:31am – 4-star CB Jalen Kimber is officially a Georgia Bulldog!

8:26am – 4* OL Chad Linberg has signed his letter of intent with the Bulldogs.

9:59am – 4-star WR Marcus Rosemy has signed his letter of intent with Georgia.

10:04am – 4-star DT Jalen Carter is officially a Georgia Bulldog.

10:45am – 4-star OT Tate Ratledge has signed his letter of intent with Georgia.

11:00am – 3-star placekicker Jared Zirkel has officially signed with UGA.

11:06am – 4-star RB Kendall Milton has signed his letter of ntent with Georgia.

12:40pm – 4-star QB C.J. Stroud has committed to Ohio State over Georgia and others.

3:47pm – 4-star WR Jermaine Burton has flipped his commitment from LSU to UGA!