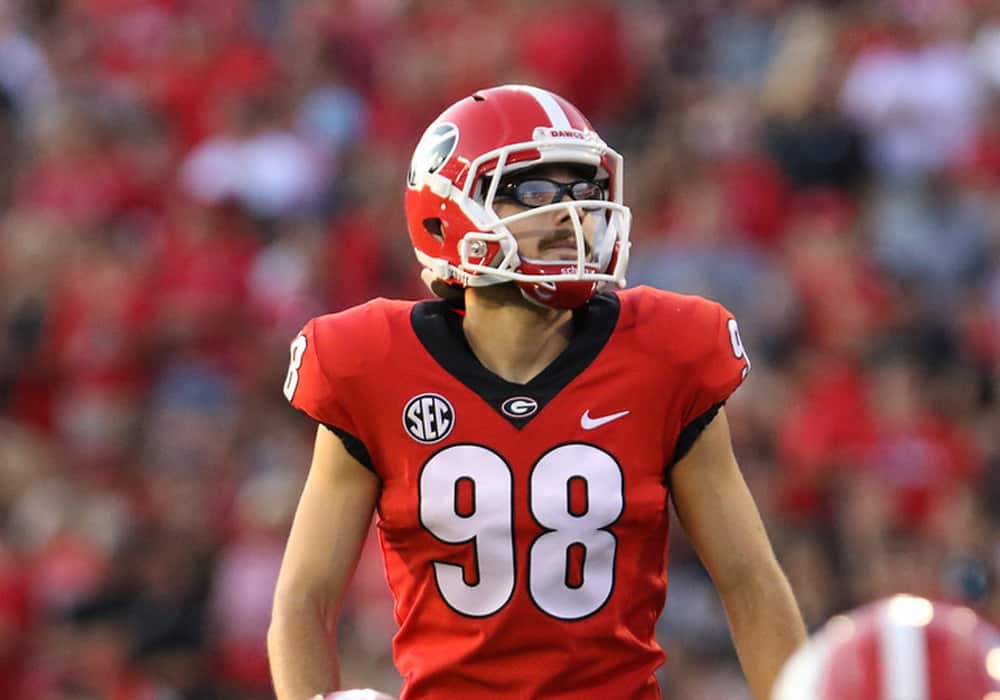 UGA junior kicker Rodrigo Blankenship has been named to the 2018 Wuerffel Trophy Watch List, it was announced on Thursday.

The Wuerffel Trophy, named after former Florida quarterback Danny Wuerffel, is presented by the All Sports Association of Fort Walton Beach, Florida to the college football player who “best combines exemplary community service with athletic and academic achievement.”

Rodrigo Blankenship has already been named to the watch list for the Allstate AFCA Good Works Team. Nominees for the AFCA Good Works Team are student-athletes that have “made significant contributions to the greater good of society, inspiring future generations of young athletes and the larger college football community.”

Additionally, Blankenship was named to the watch list for the 2018 Lou Groza Award, which is an annual college football award given to the nation’s best kicker.

Blankenship attended Sprayberry High School in Marietta, Georgia. In his sophommore season for the Georgia Bulldogs, Blankenship converted 20-of-23 field goal attempts (87%) and made all 63 of his extra-point attempts.

Georgia opens the 2018 season on Saturday, Sept. 1 at home against Austin Peay. The game is set for 3:30pm ET on ESPN.