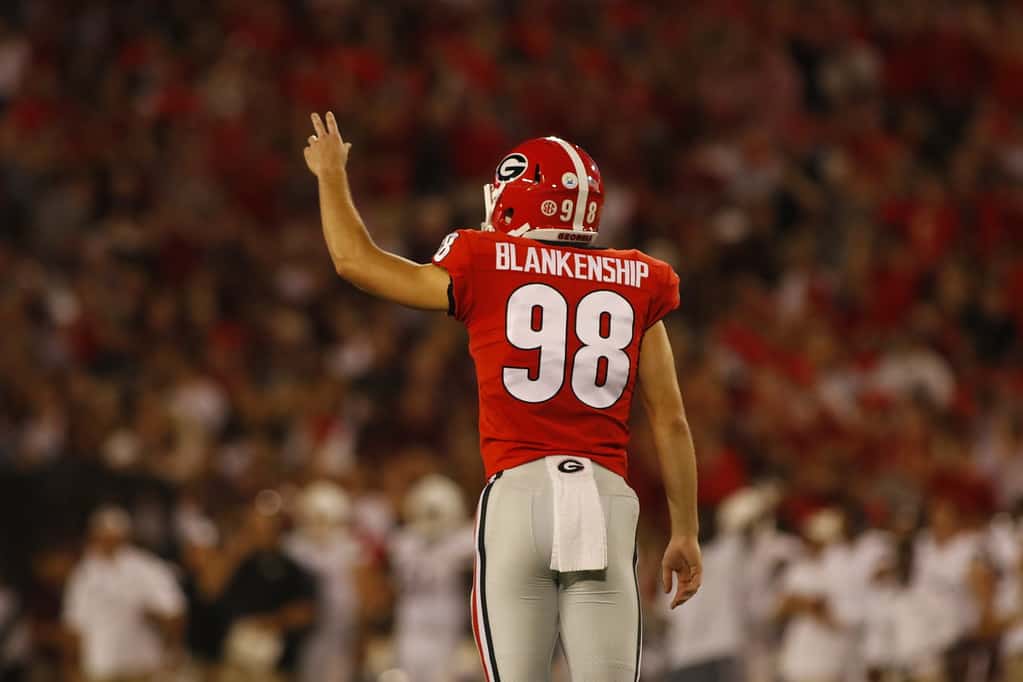 Georgia Bulldogs junior kicker Rodrigo Blankenship has been nominated for the 2018 Allstate AFCA Good Works Team, according to an announcement on Monday.

Blankenship is one of 169 nominees for the prestigious off-the-field honor, which began back in 1992 to “honor their dedication to volunteerism and enriching the lives of others.” Nominees for the AFCA Good Works Team are student-athletes that have “made significant contributions to the greater good of society, inspiring future generations of young athletes and the larger college football community.”

“Each nominee has an inspiring story to tell – often times about how they have prevailed over hardships and adversity only to turn around and pour their hearts into helping others,” said David Prendergast, president of the Eastern Territory at Allstate Insurance Company and a member of the 2018 voting panel. “It is our privilege at Allstate to come together with the AFCA for the 11th consecutive year to shine a light on these exceptional nominees who set the highest standards of community service and serve as role models for generations to come.”

After the 22 players are named, fans will be able to vote for the Captain of the 2018 Allstate AFCA Good Works team at their website on ESPN.com.

Former UGA offensive lineman Matt Stinchcomb, who was named to the 1997 and 1998 teams, continues as a member of the selection panel that also includes former Florida quarterback Tim Tebow and ESPN’s Kirk Herbstreit.