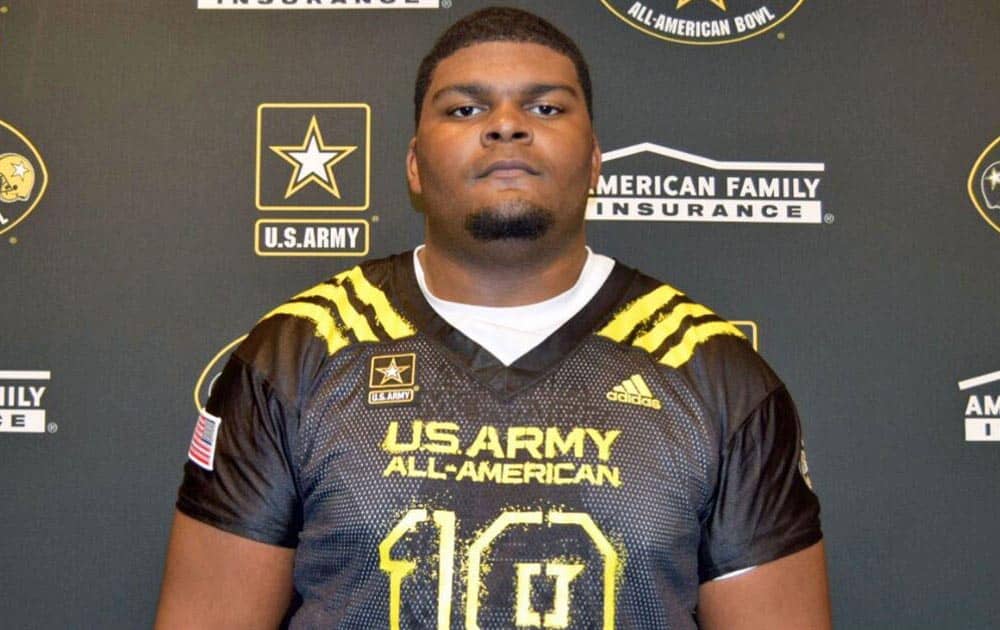 UGA football has received a huge commitment for the class of 2018. Five-star offensive lineman Jamaree Salyer of Atlanta (Pace Academy) has committed to the Georgia Bulldogs.

Salyer (6-4, 342) committed to the UGA this morning over Clemson. He also had offers from most of the top schools, including Alabama, Arizona State, Arkansas, Auburn, Florida, Florida State, LSU, Miami (FL), Michigan, Michigan State, Notre Dame, Ohio State, Oklahoma, and others.

Jamaree Salyer is rated 5-stars, the No. 1 offensive guard, and the No. 10 overall recruit in the 247Sports Composite.

Rivals.com also rates Salyer as a five-star recruit, the No. 1 offensive guard, and the No. 9 overall recruit for the 2018 class.

Georgia hopes to add another huge commitment from offensive tackle Cade Mays. The 5-star recruit out of Knoxville, Tennessee is set to announce his decision today at 2:30pm live on ESPNU.