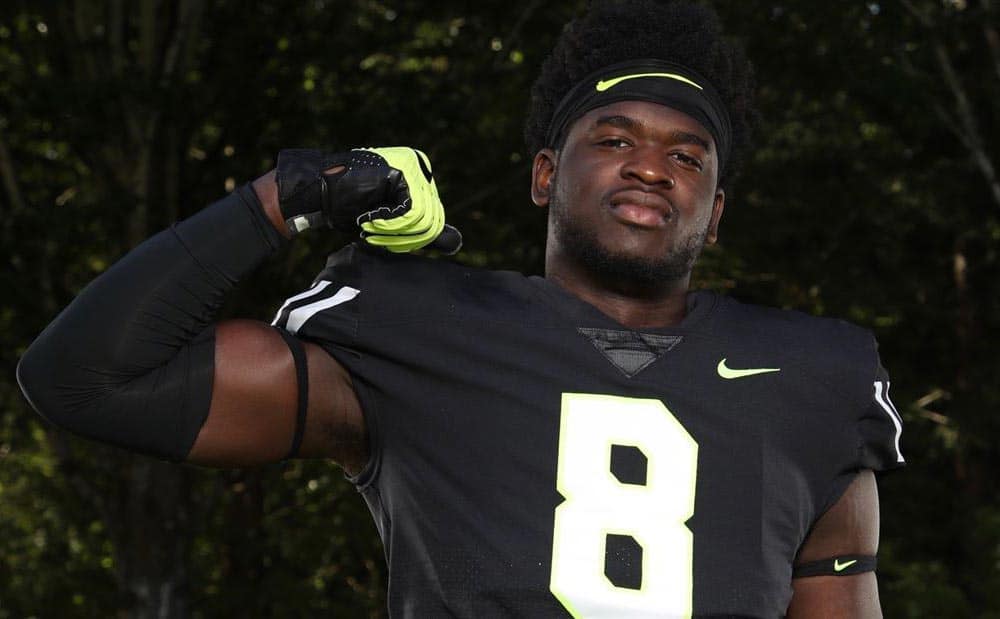 Five-star defensive end Brenton Cox of Stockbridge, Georgia (Stockbridge) has committed to the Georgia Bulldogs for the class of 2018.

Cox (6-4.5, 247) committed to the Georgia Bulldogs over the Alabama Crimson Tide this afternoon live on ESPNU. He also had offers from most of the top schools, including Auburn, Clemson, Florida, Louisville, LSU, Miami (FL), Nebraska, Oregon, Tennessee, and Virginia Tech.

In the 247Sports Composite, Brenton Cox is rated as a five-star recruit, the No. 2 strongside defensive end, and the No. 22 overall recruit for 2018.

Cox is rated as a four-star recruit, the No. 2 strongside defensive end, and the No. 34 overall recruit for 2018 by Rivals.com.

Brenton Cox’s commitment followed another 5-star that committed to Georgia on ESPNU. Offensive lineman Cade Mays pledged to the Bulldogs just after 2:45pm.