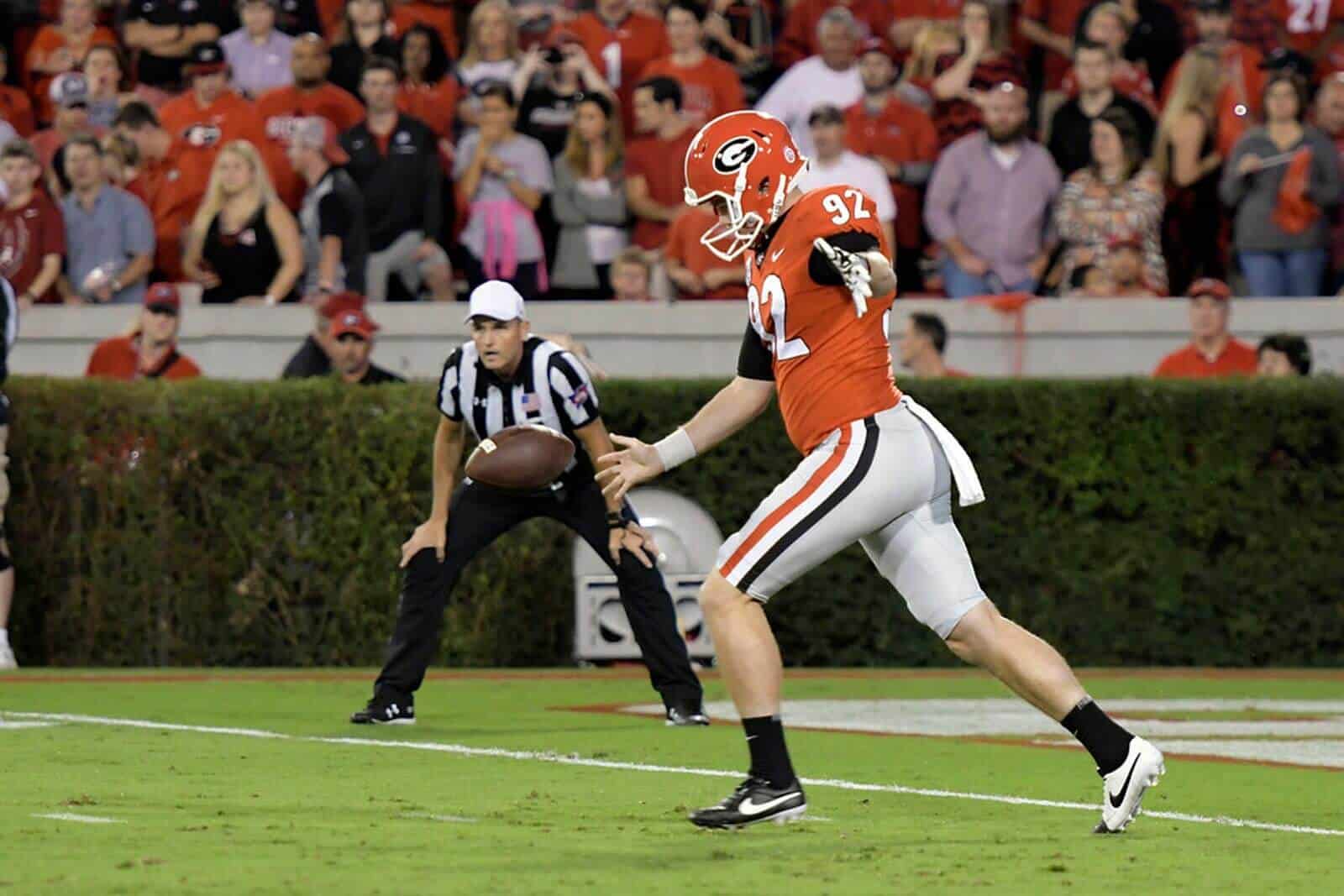 The Ray Guy Award is an annual award presented to the nation’s top punter in college football. Nizialek is one of 78 candidates for the award.

The list of 78 nominees will be narrowed down to ten semifinalists on Thursday, Nov. 16. The three finalists will then be announced on Tuesday, Nov. 21.

The 2017 Ray Guy Award winner will be announced on Thursday, Dec. 7 at The Home Depot College Football Awards live on ESPN.

Cameron Nizialek, who hails from Chantilly, Virginia, is a graduate transfer from Columbia University. So far this season, he has punted 30 times for 1,322 yards (44.07 yards per punt).

Georgia’s next game is Saturday, Nov. 4 at Sanford Stadium in Athens against the South Carolina Gamecocks. The game is set for 3:30pm ET on CBS.